The landscapes and interior paintings in Sur are a composite of images inspired by my home country, Venezuela, trips to Brazil and Mexico and memories of places reminiscent of the warmth, color and spirit of Latin America. My paintings purposely exist within an awkward perspective. I intend the viewer to initially enter the picture plane expecting a one point pictorial perspective. However, the visual depth achieved through windows, doorways and reflections in mirrors is challenged by flat patterns and shifting perspectives. It is in this ambiguity that the viewer slows down and begins to inhabit the painting. My intention is for the viewer to linger on each painting, discover the details within it and to weave together the arrangement of the piece in a personally meaningful way. 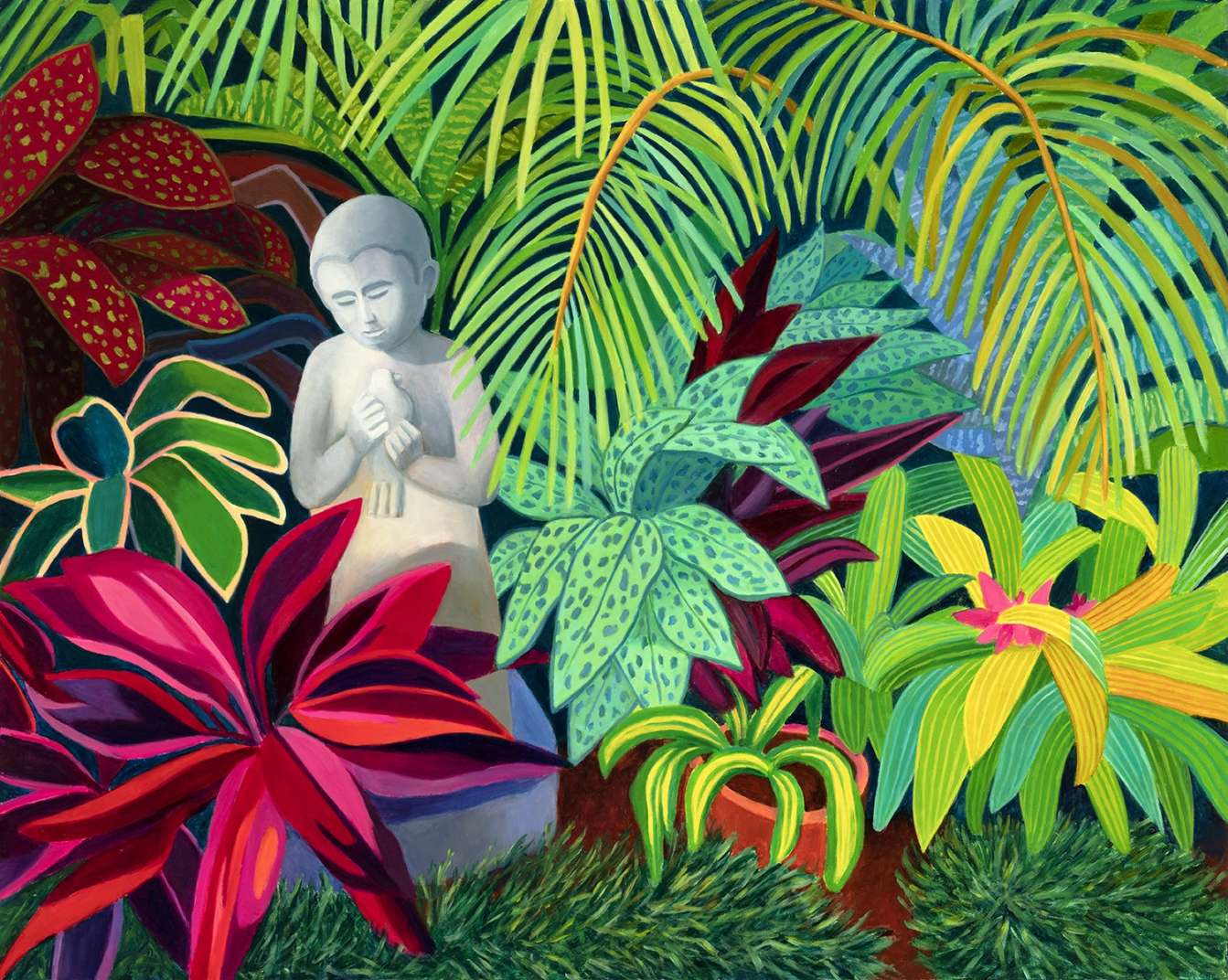 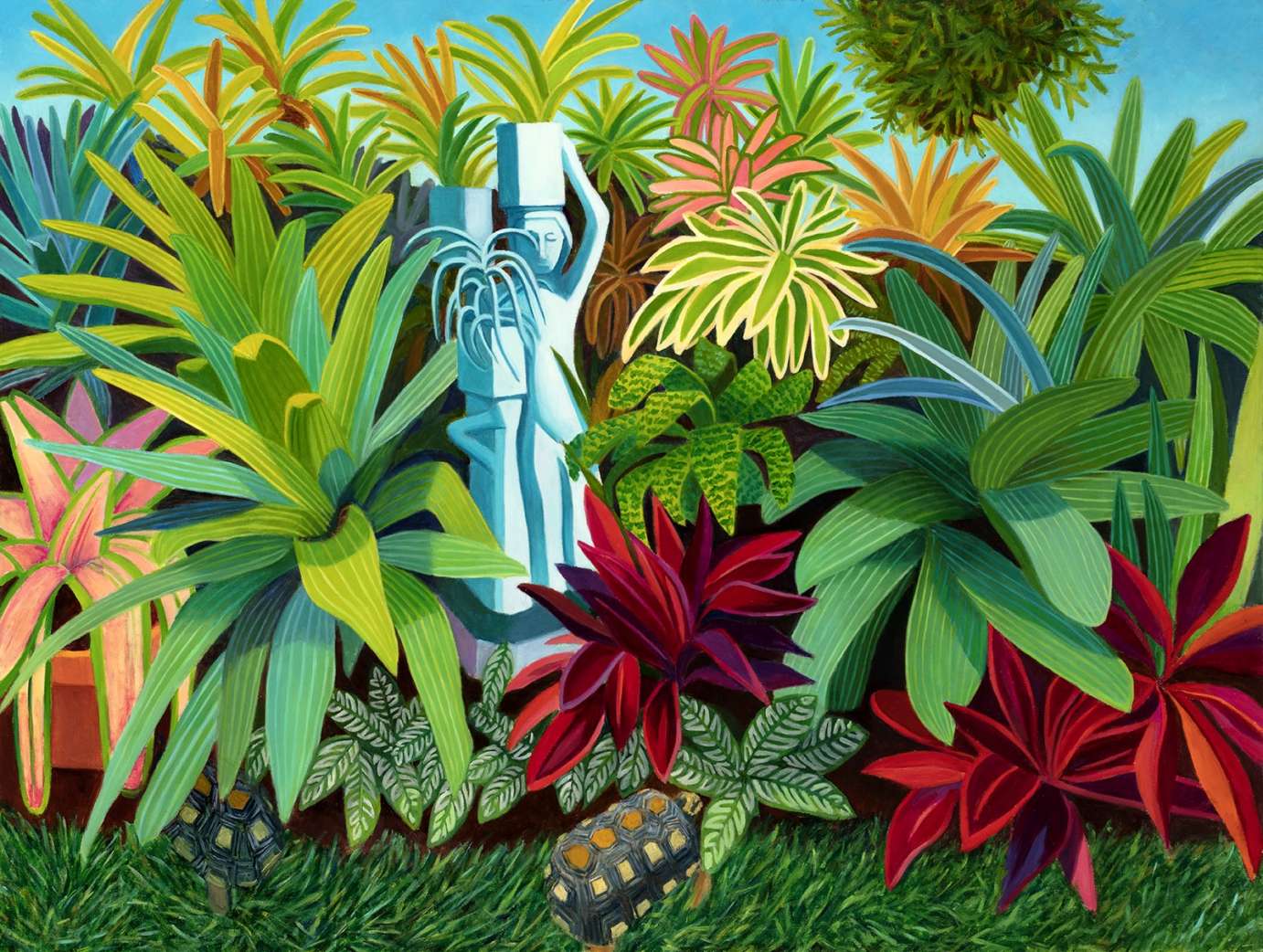 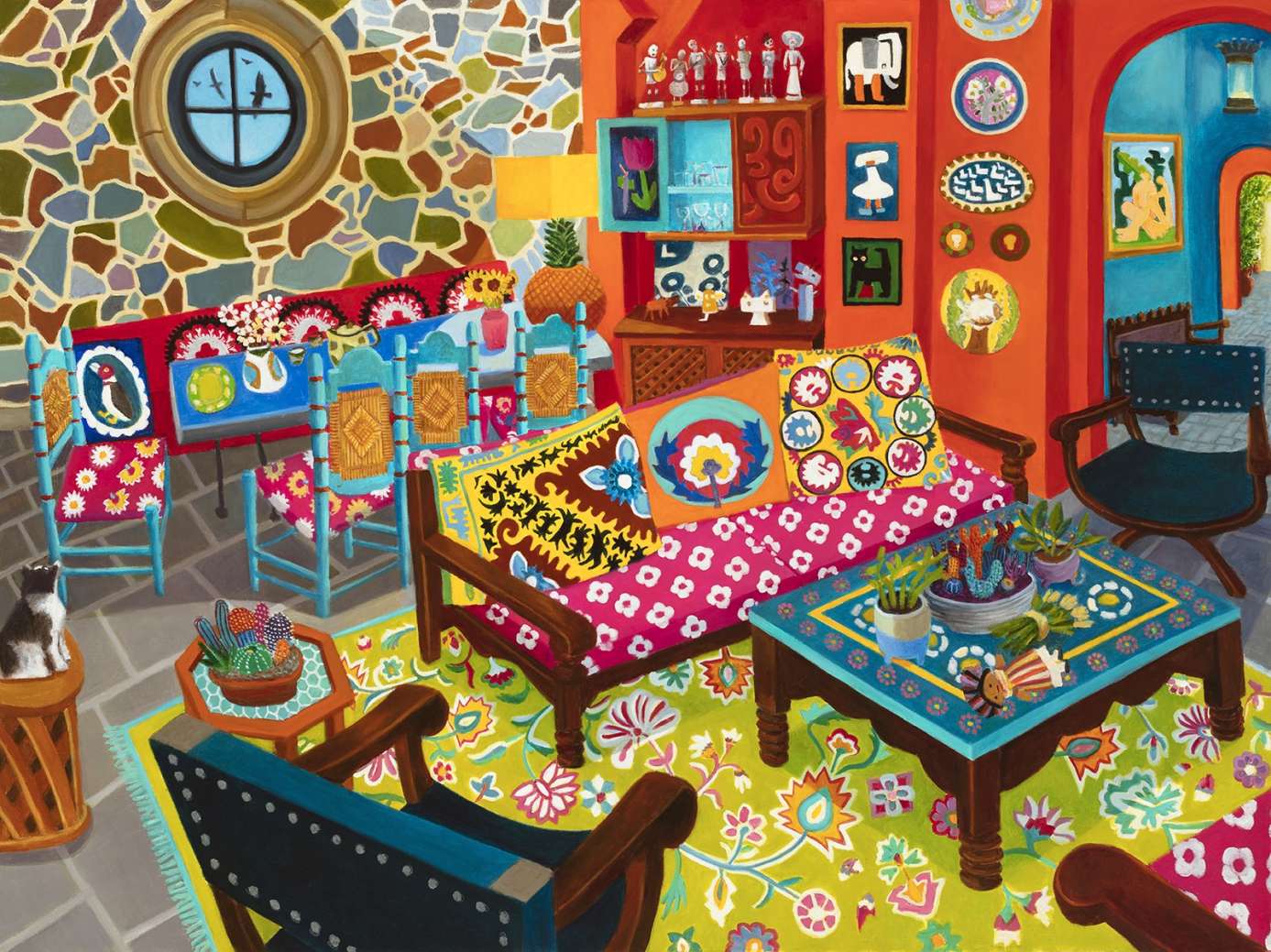 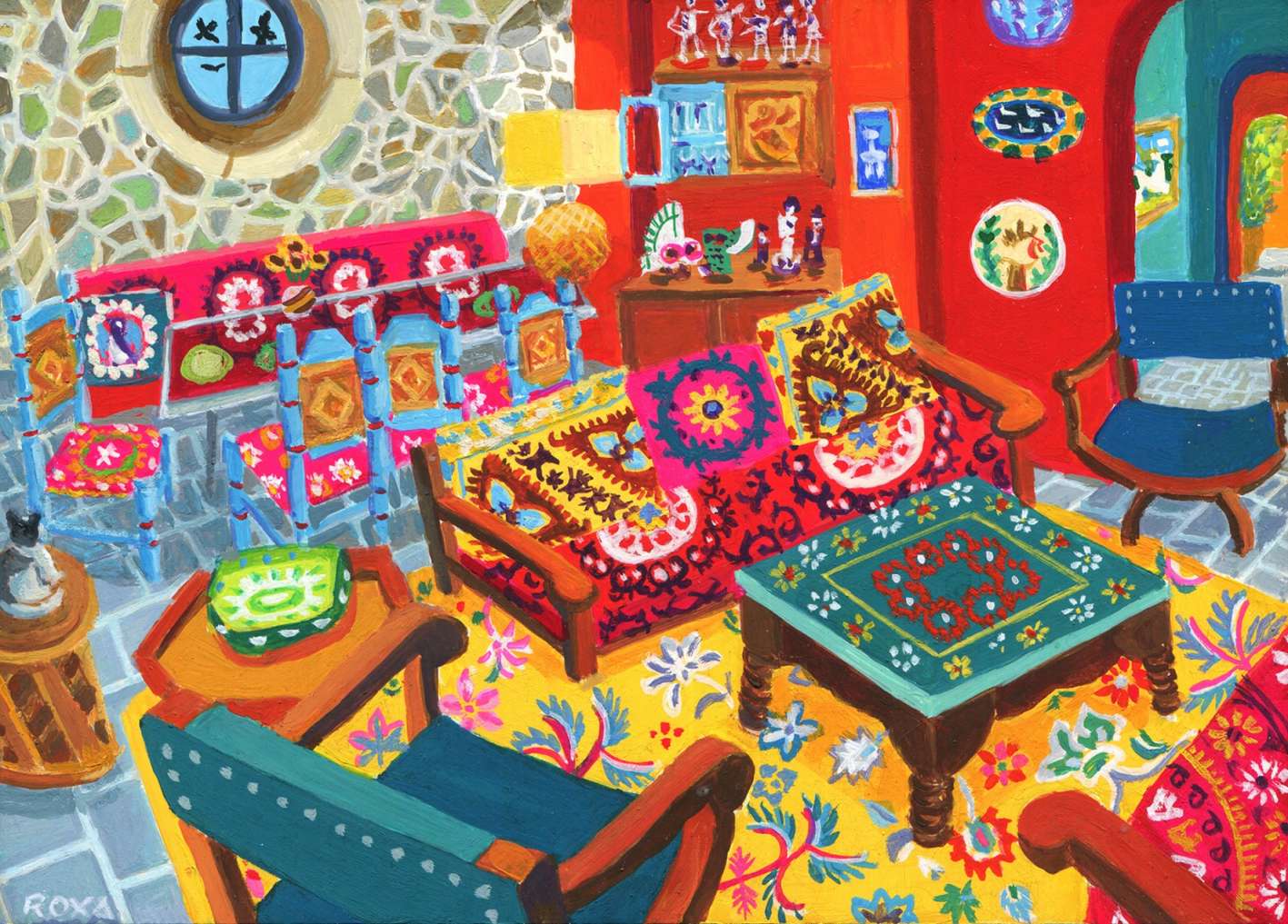 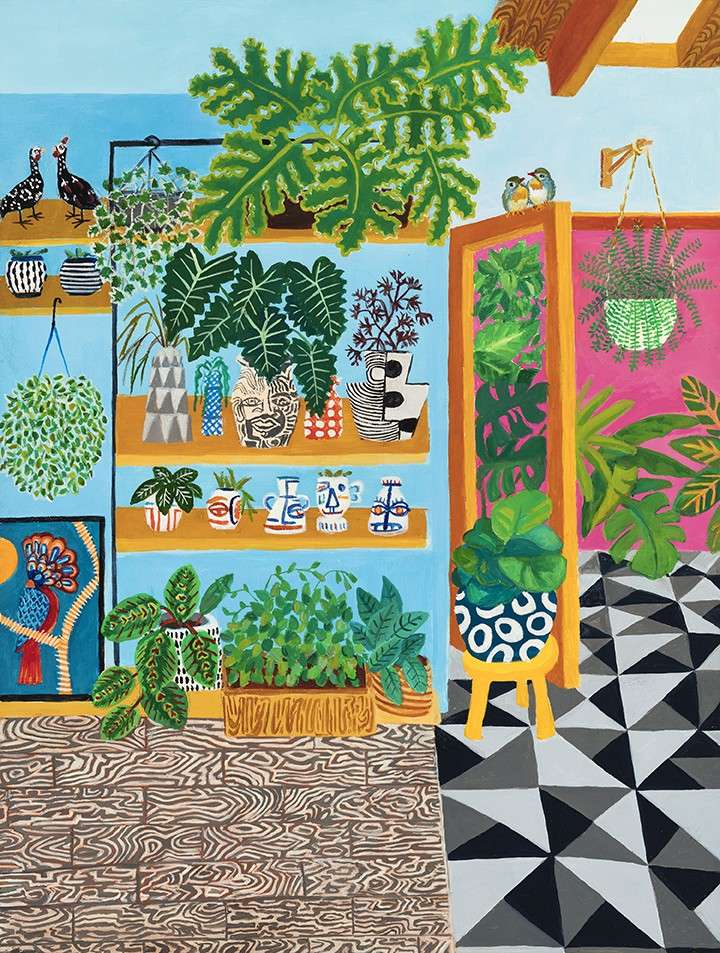 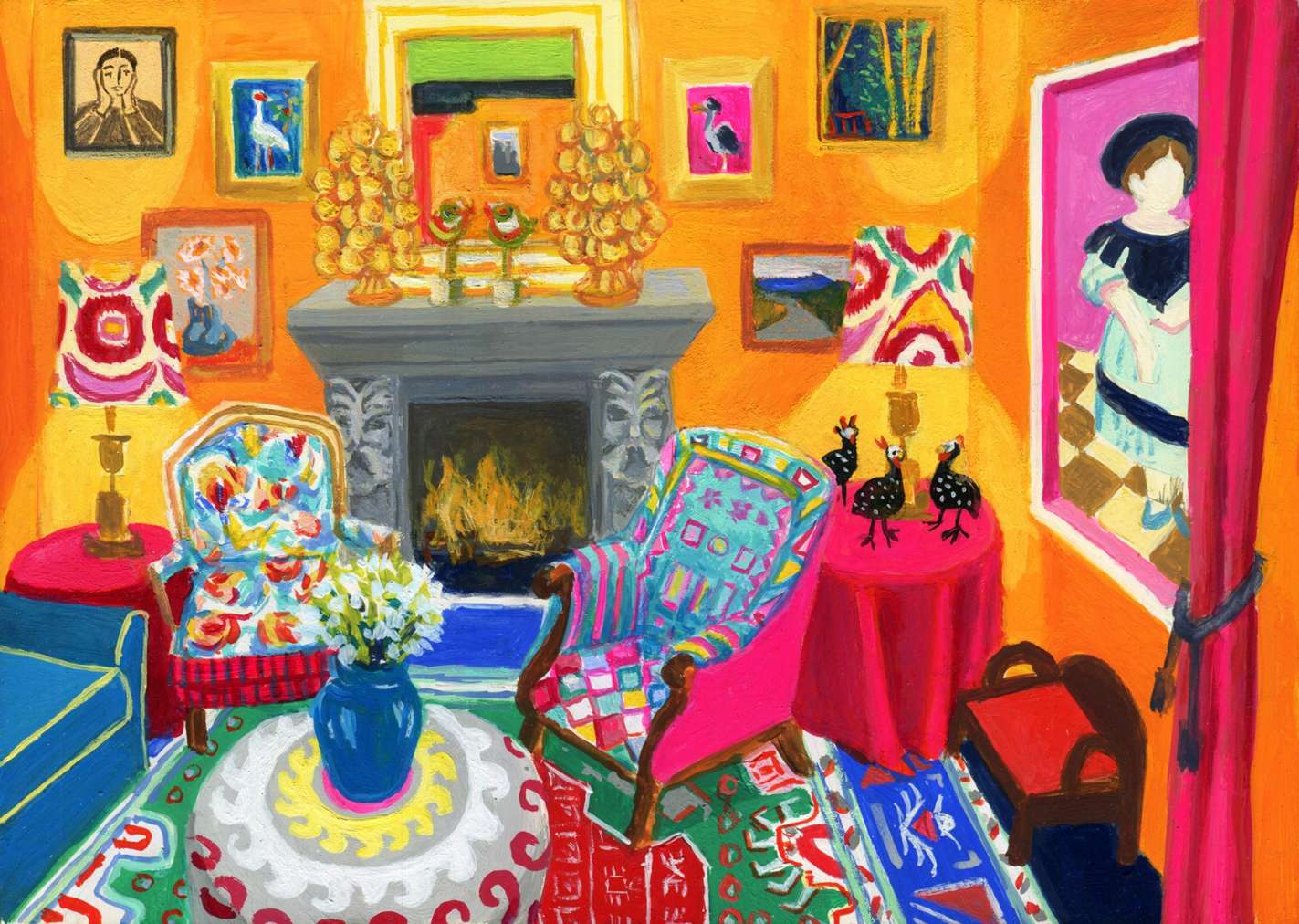 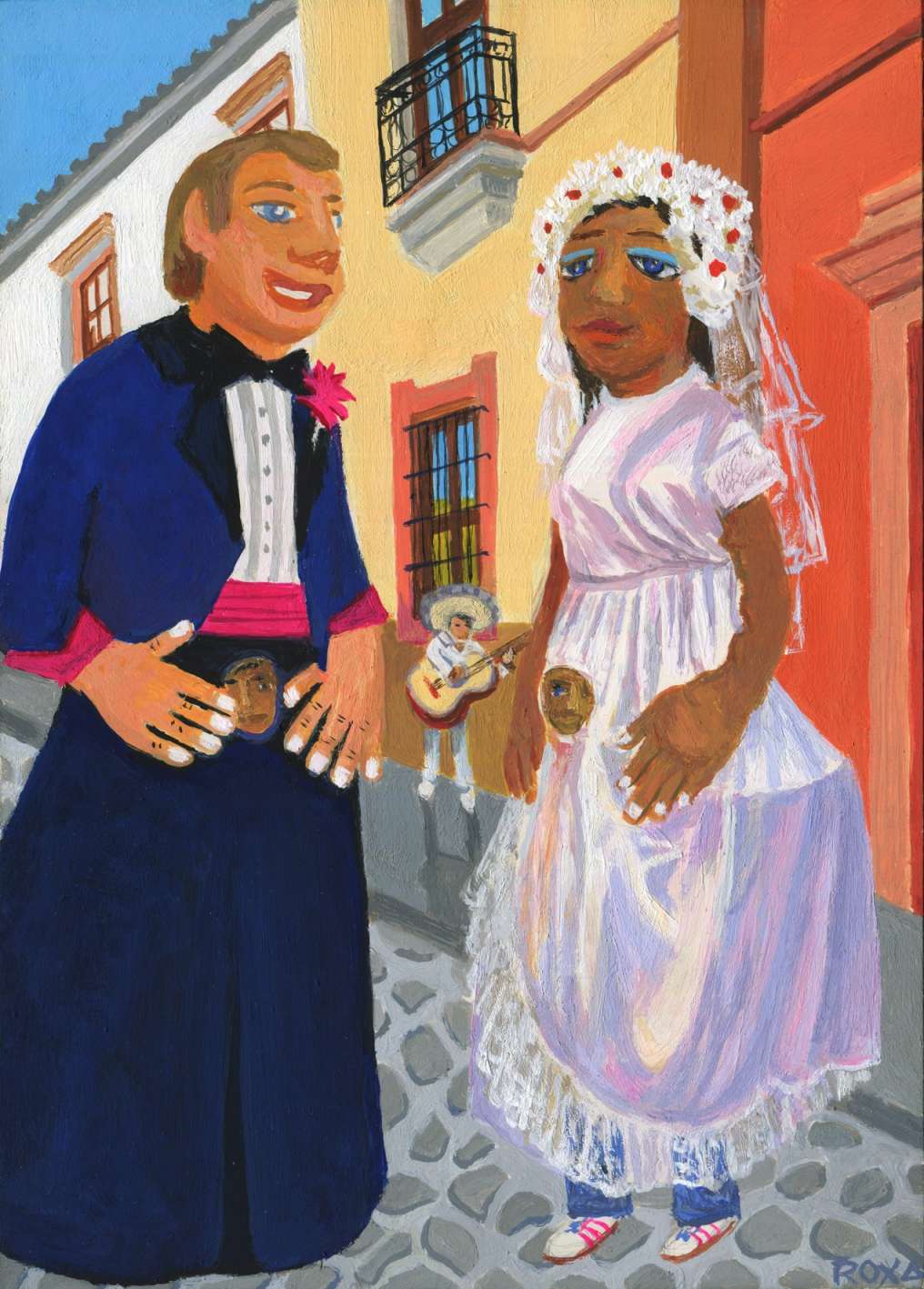 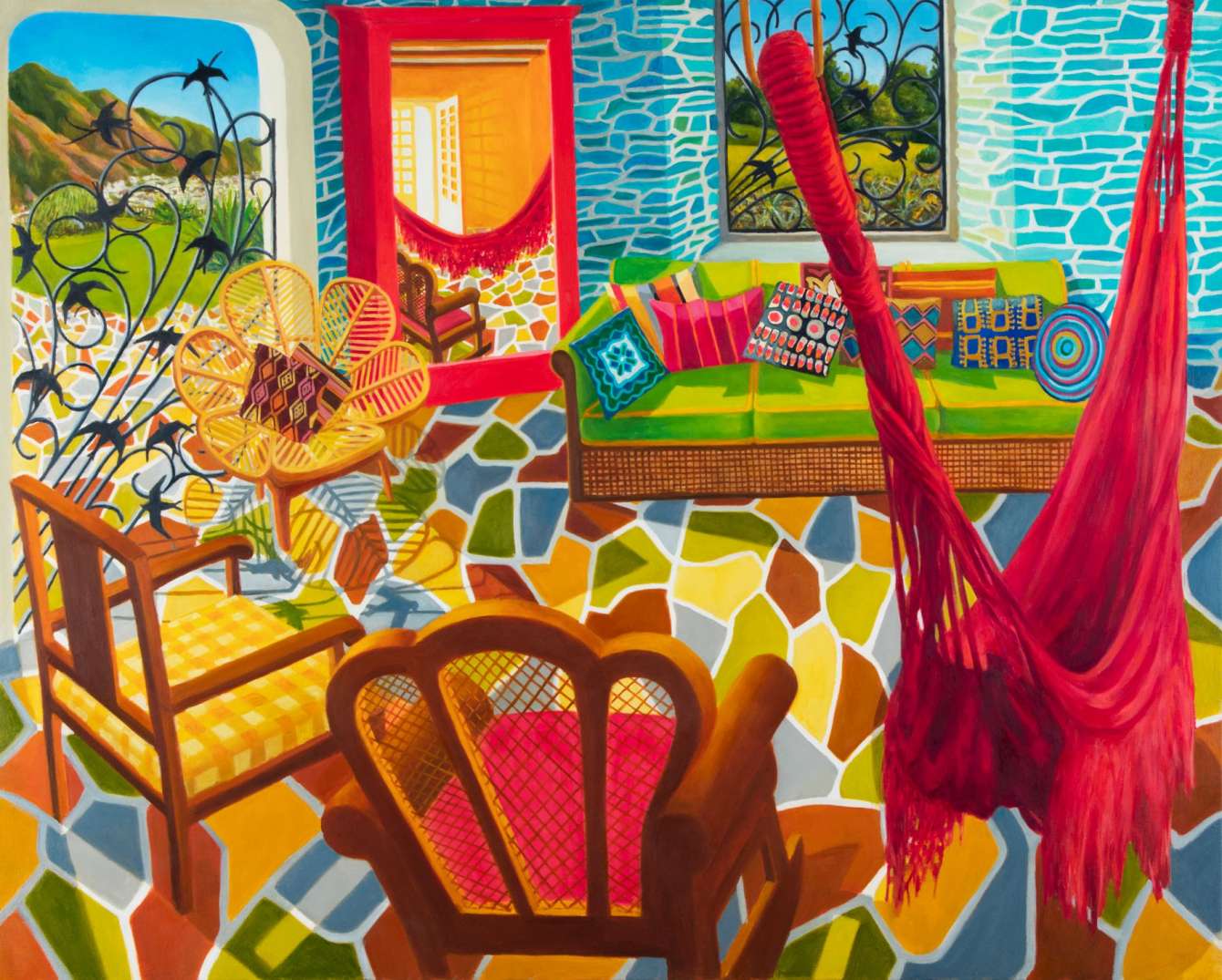 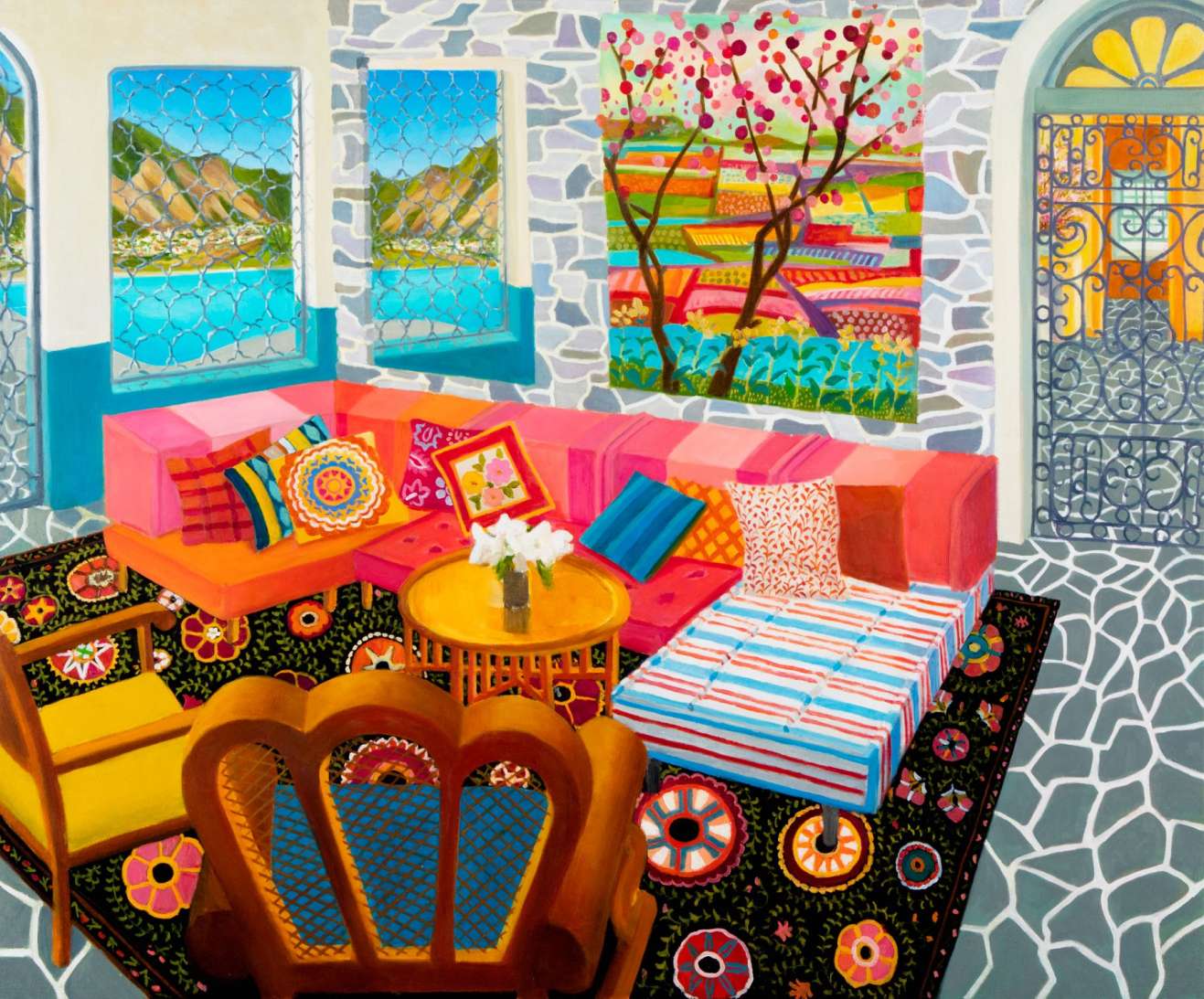 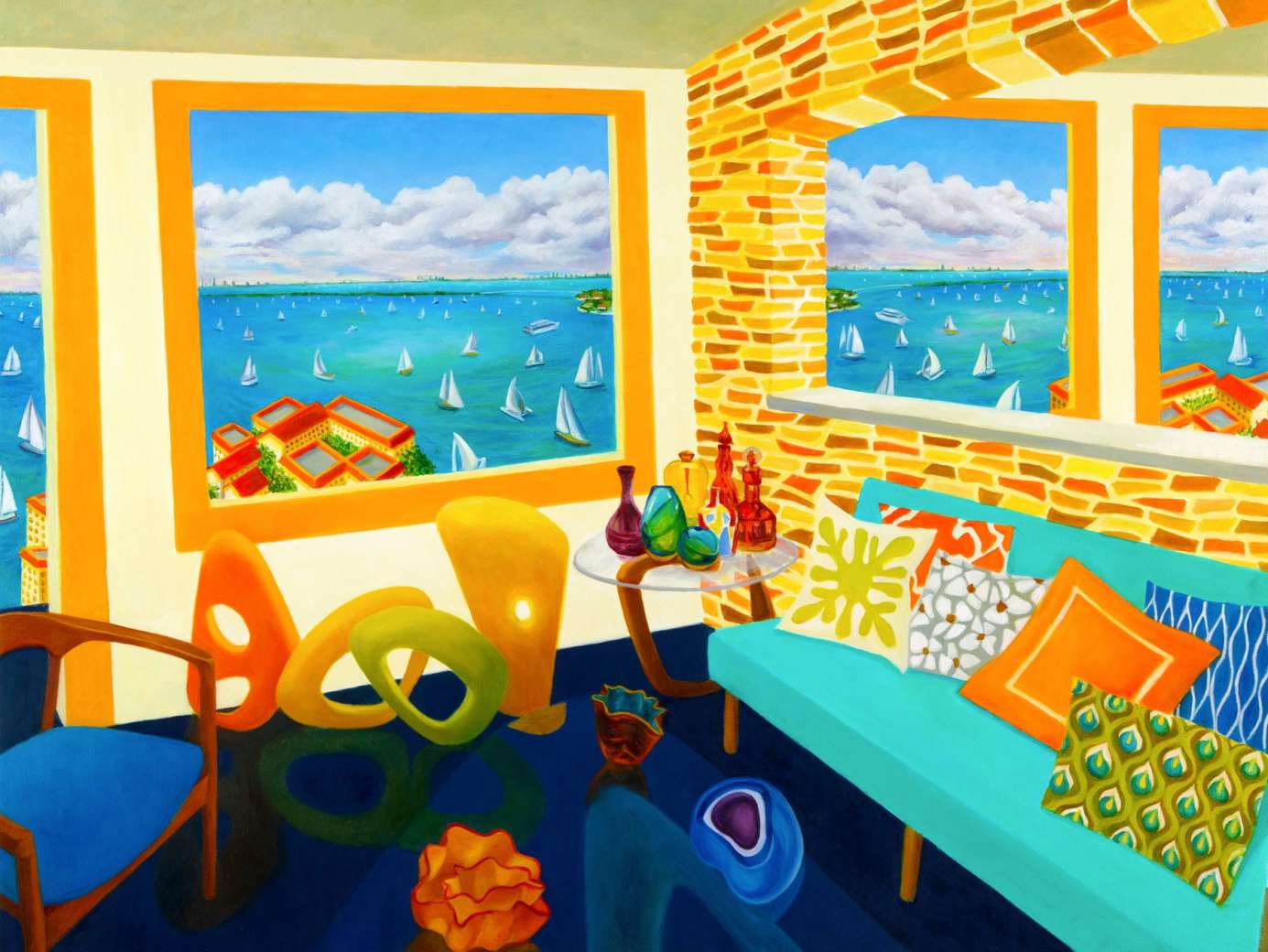 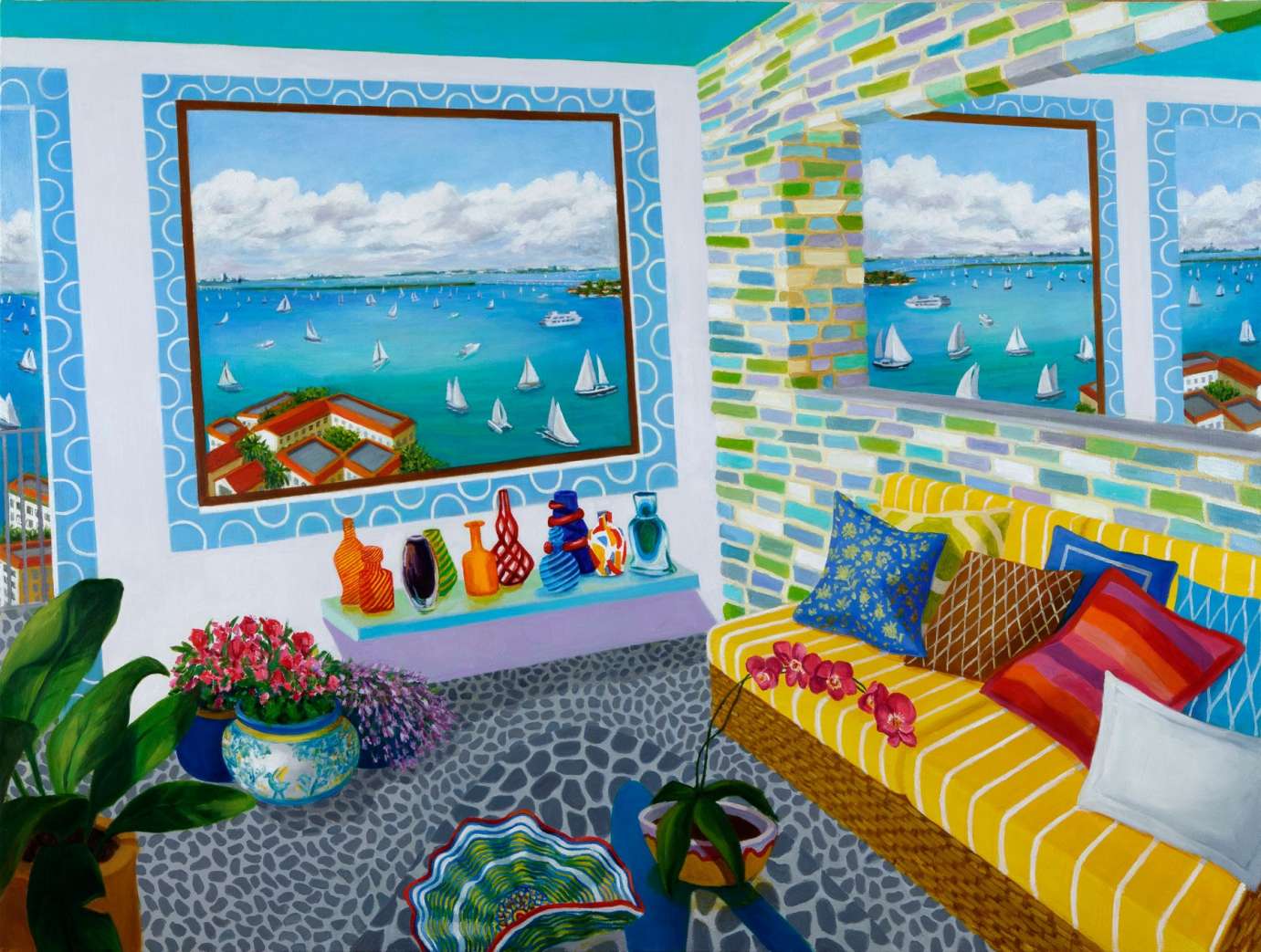 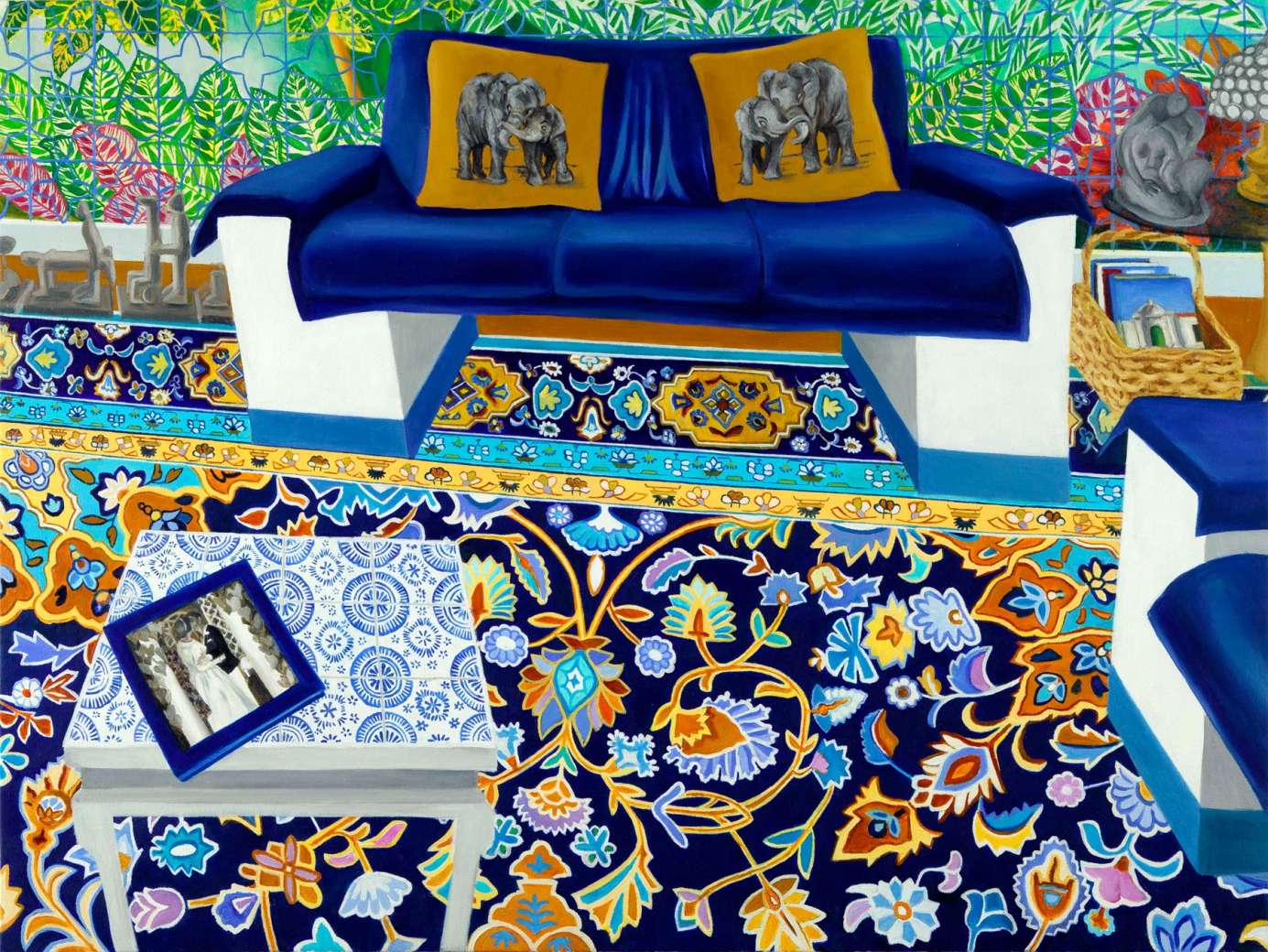 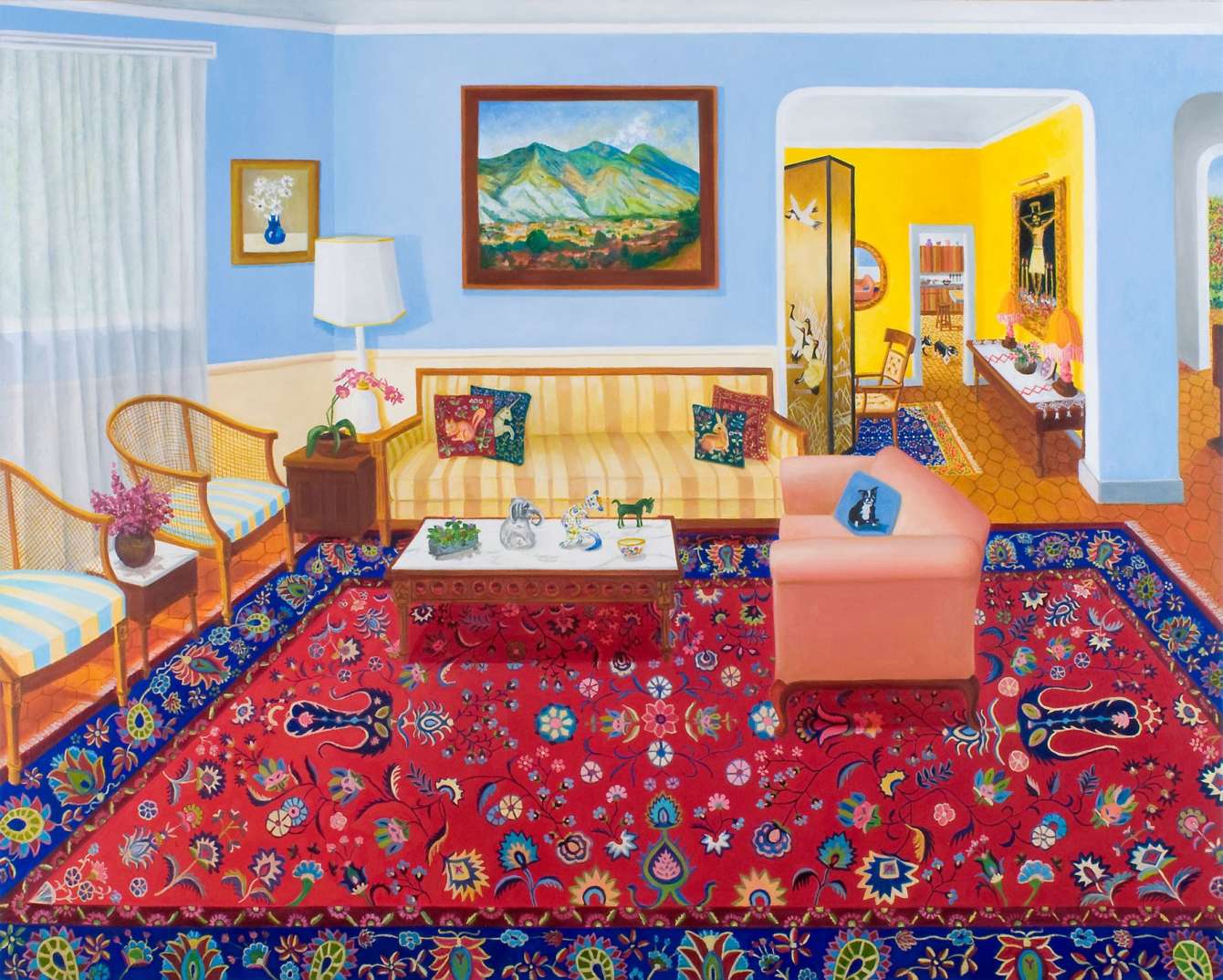 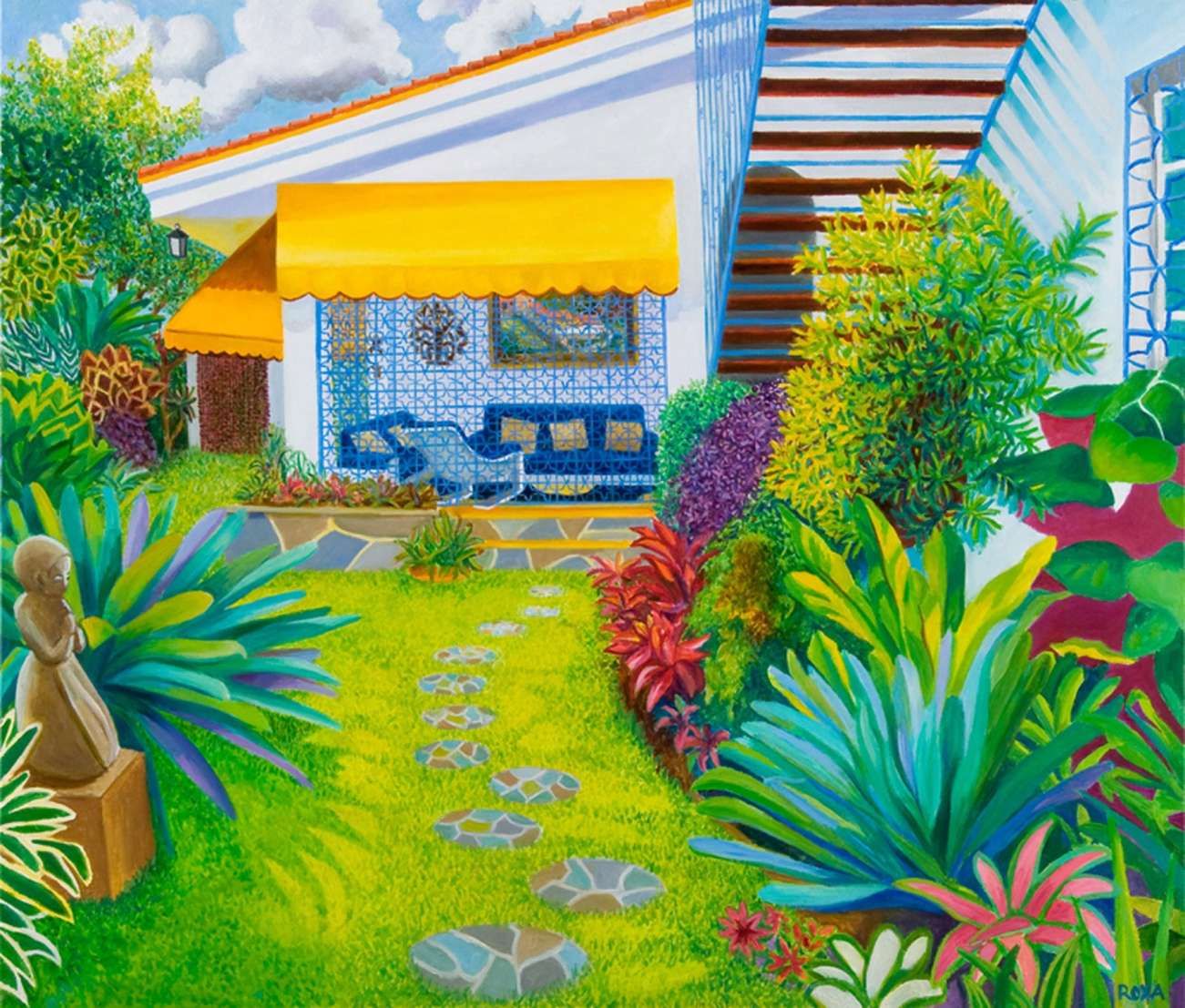 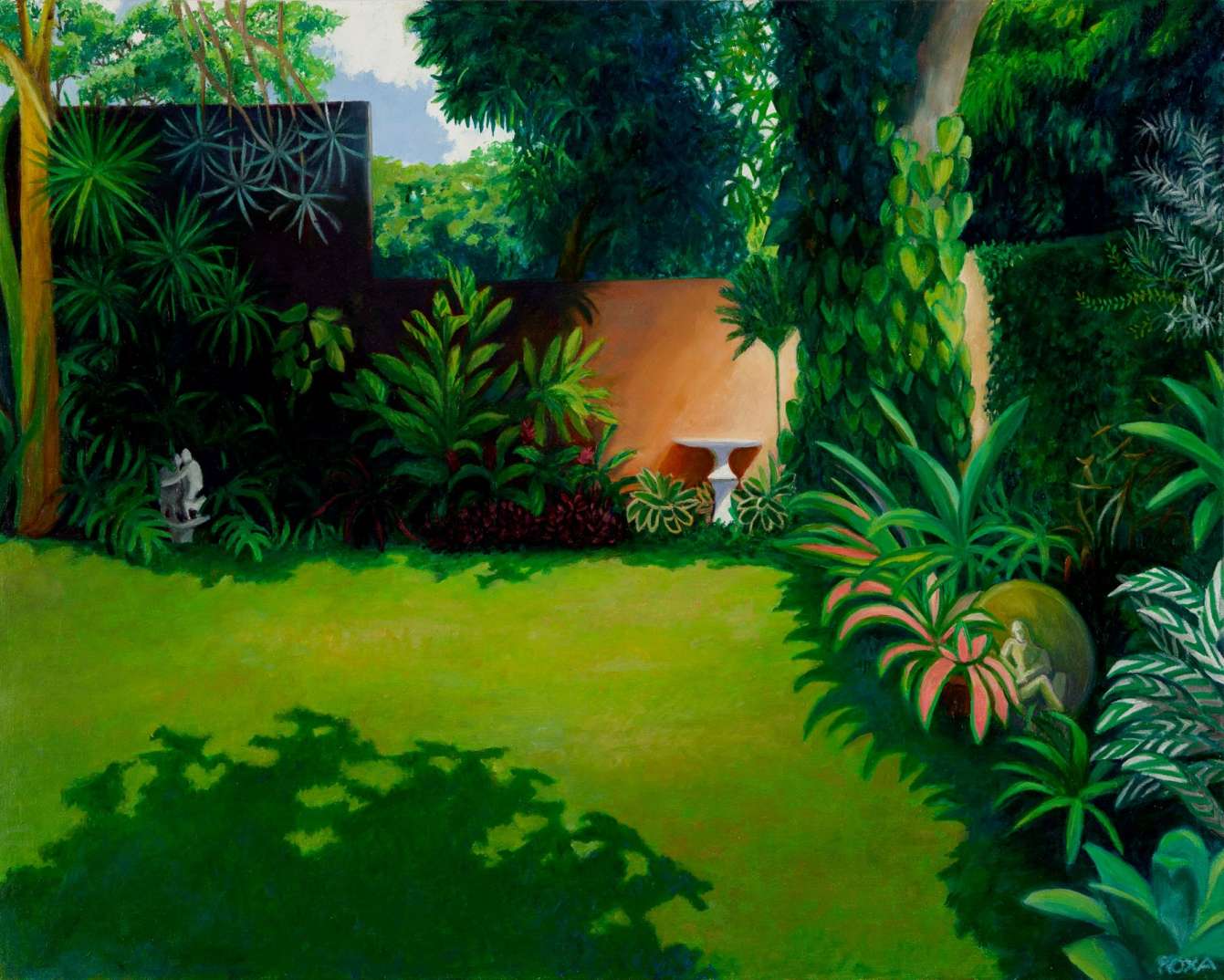 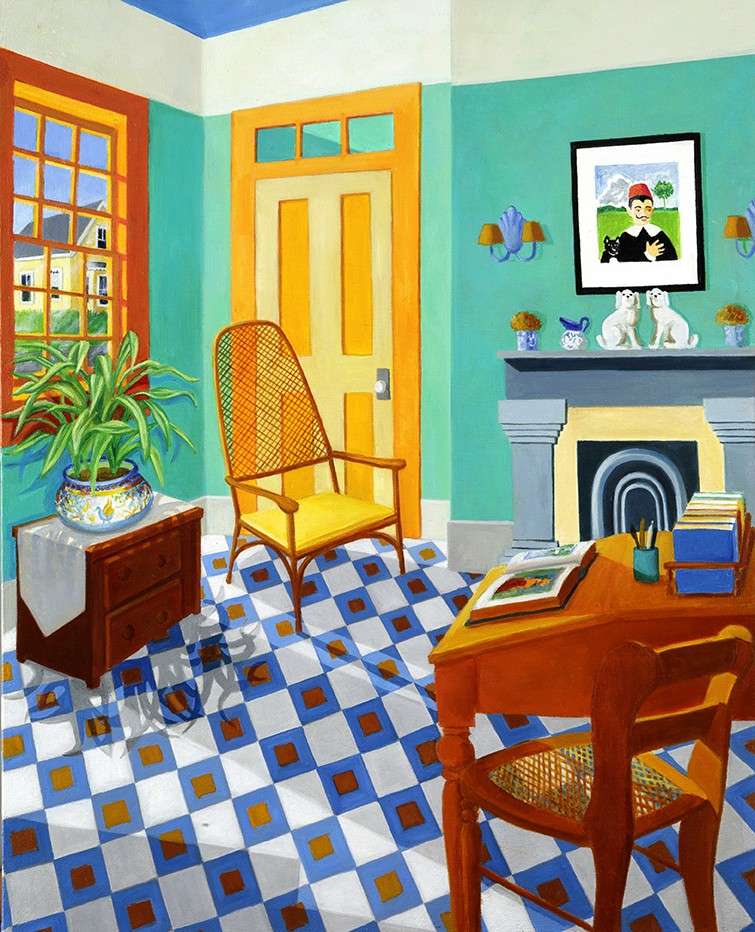 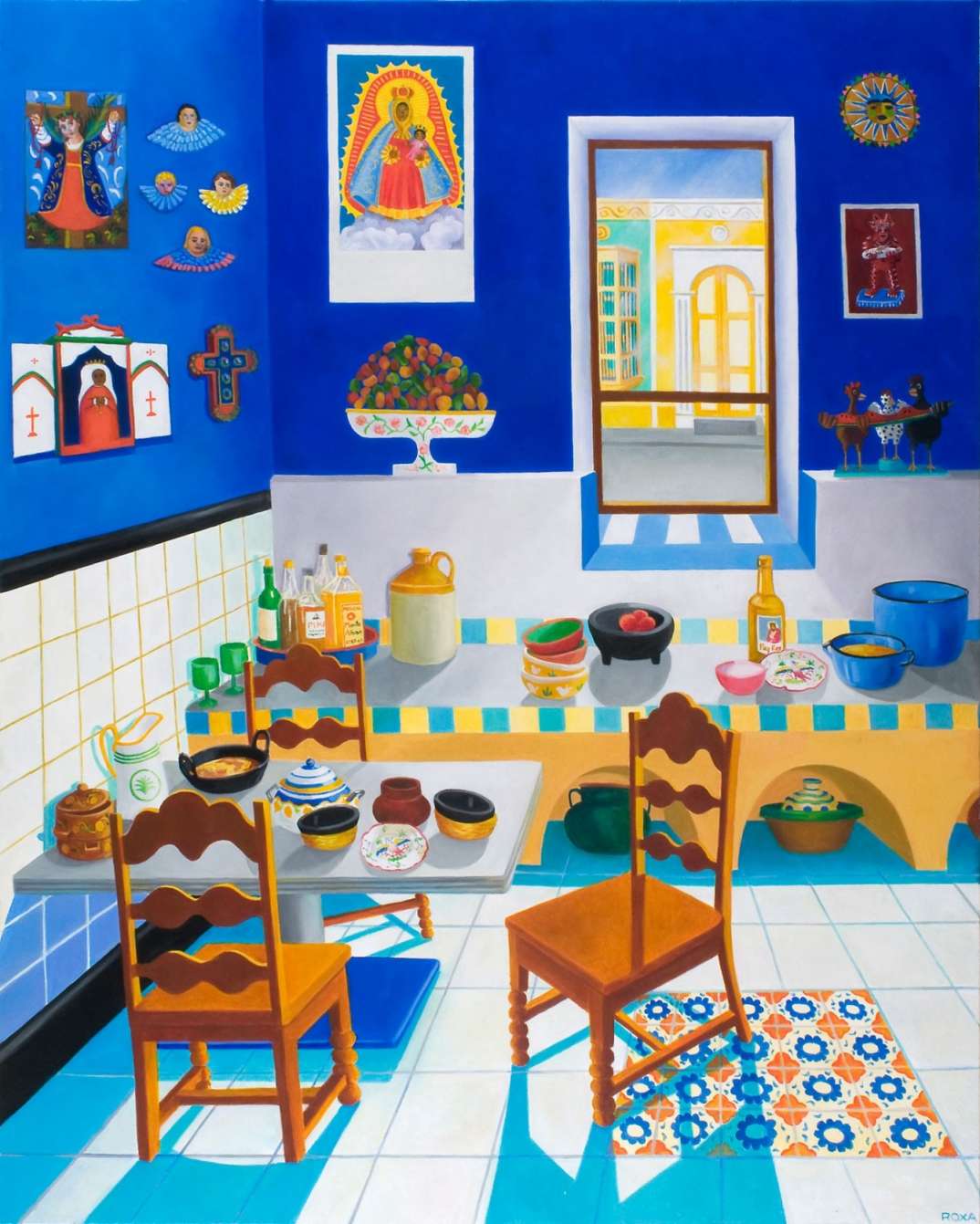 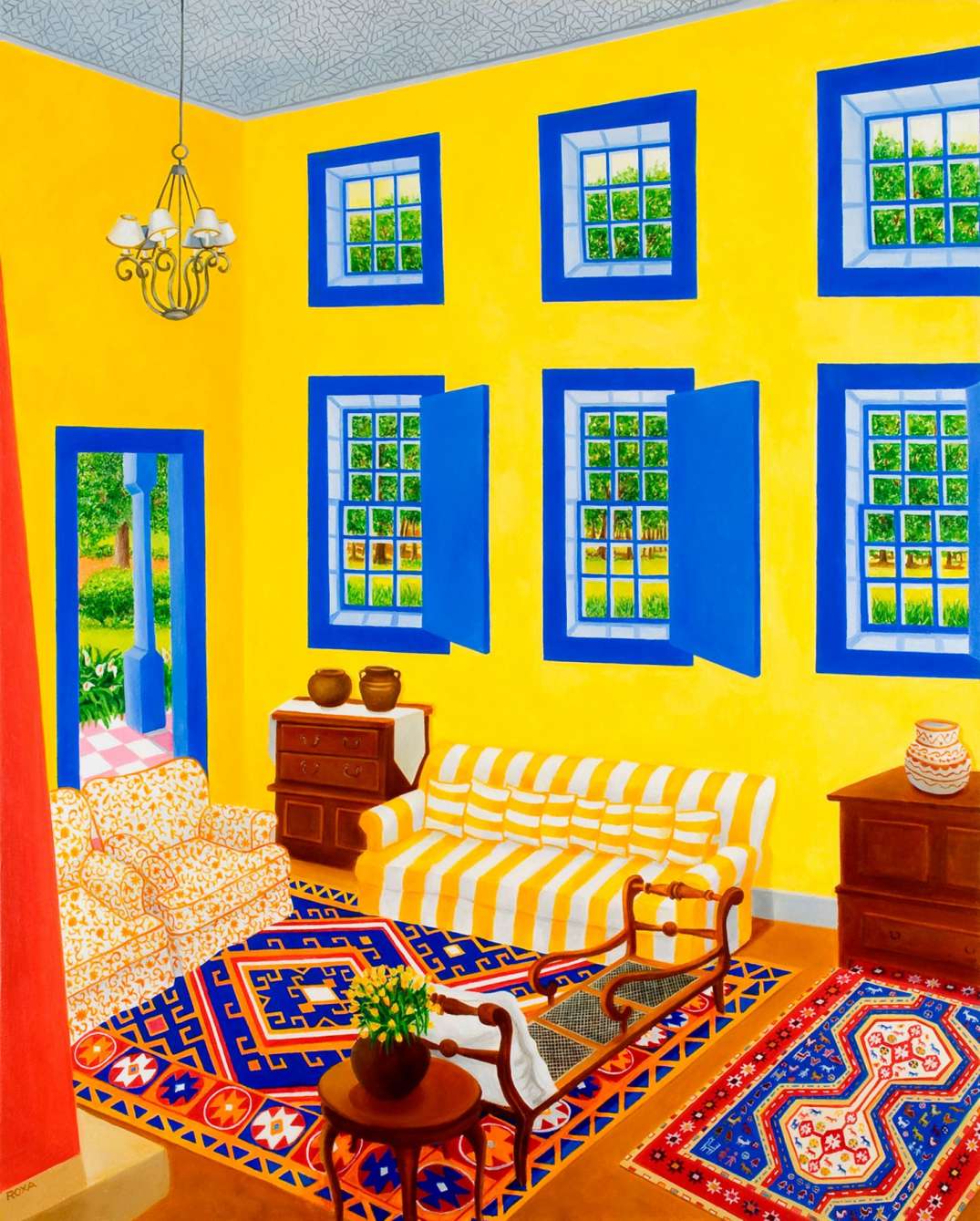 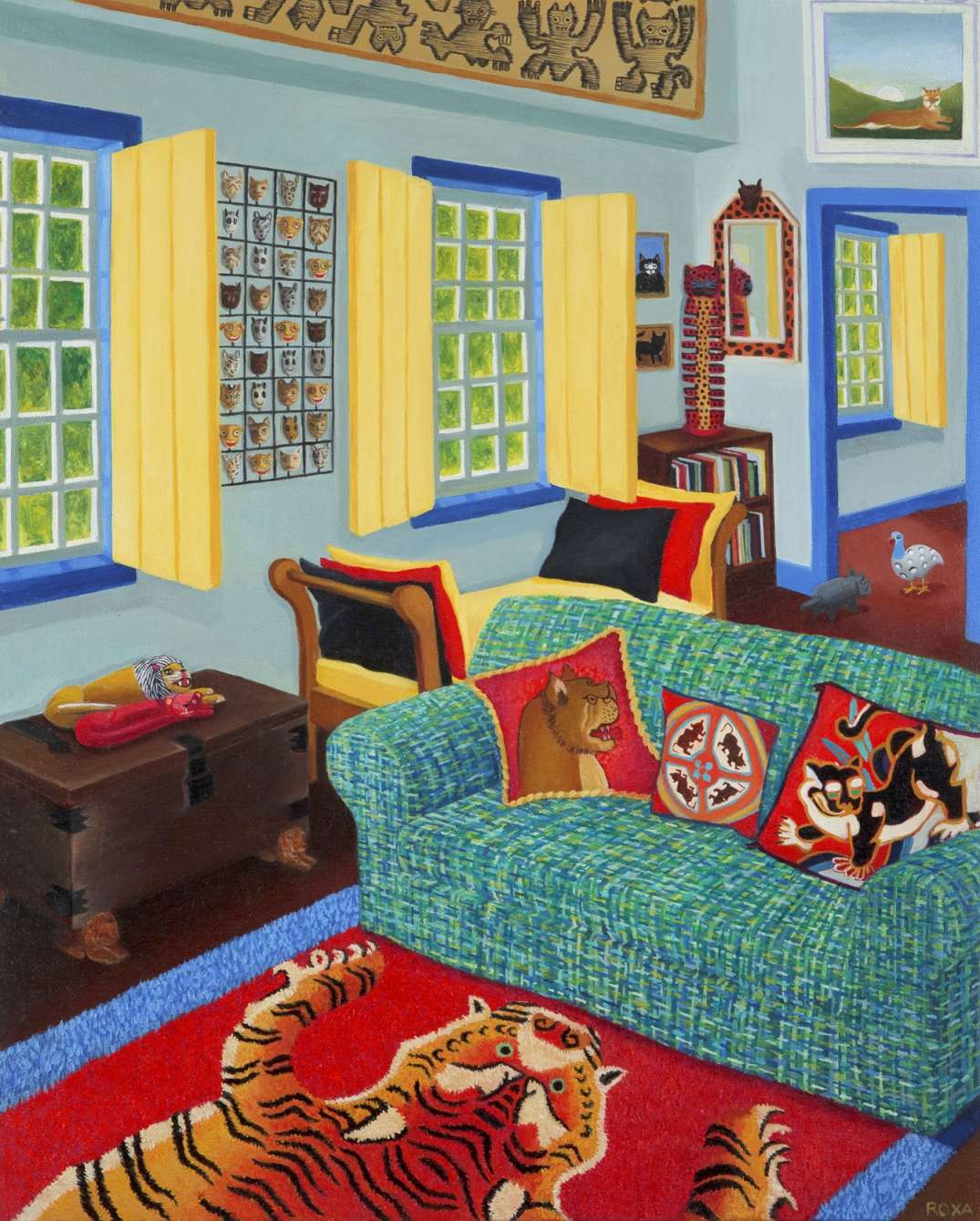 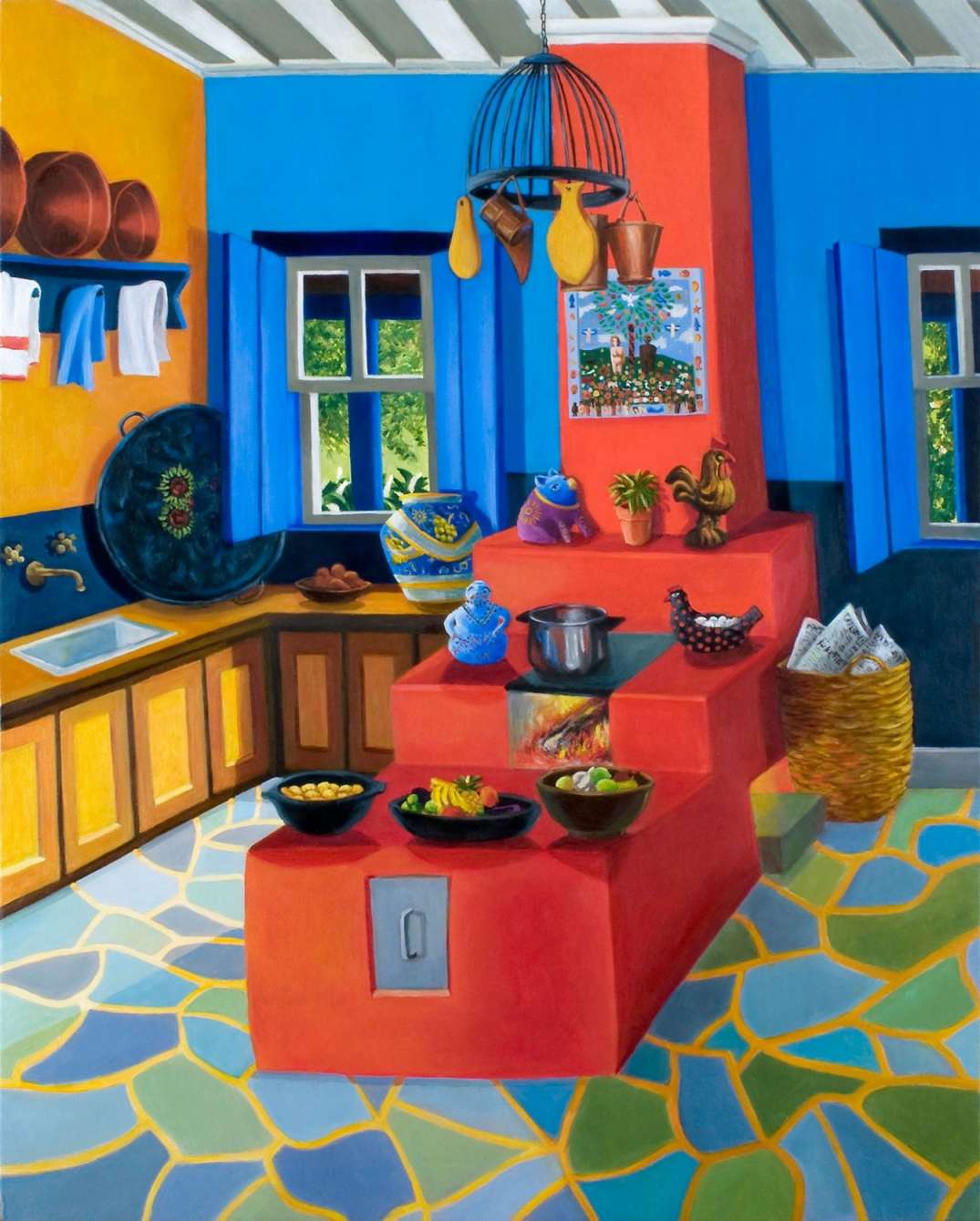 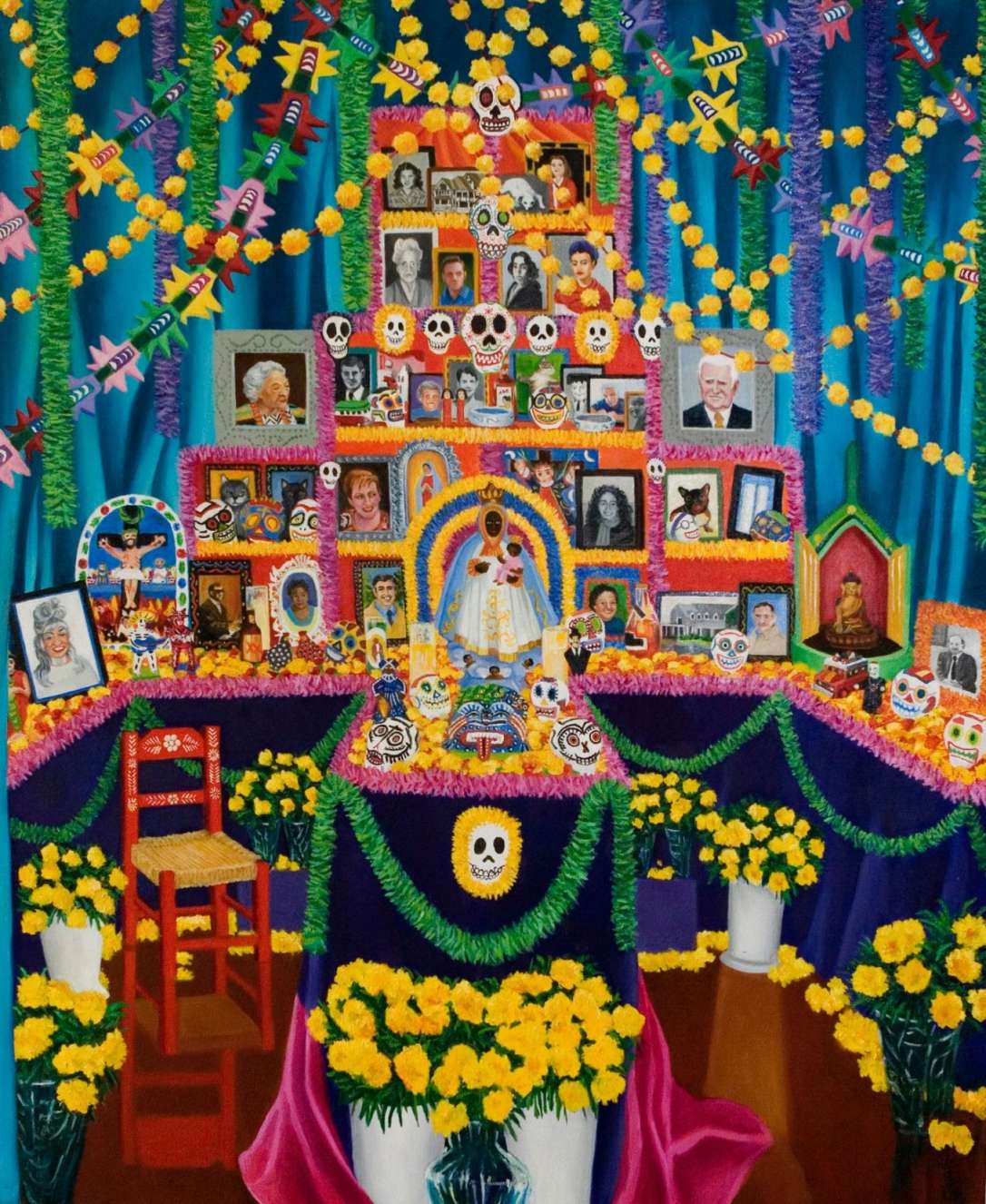 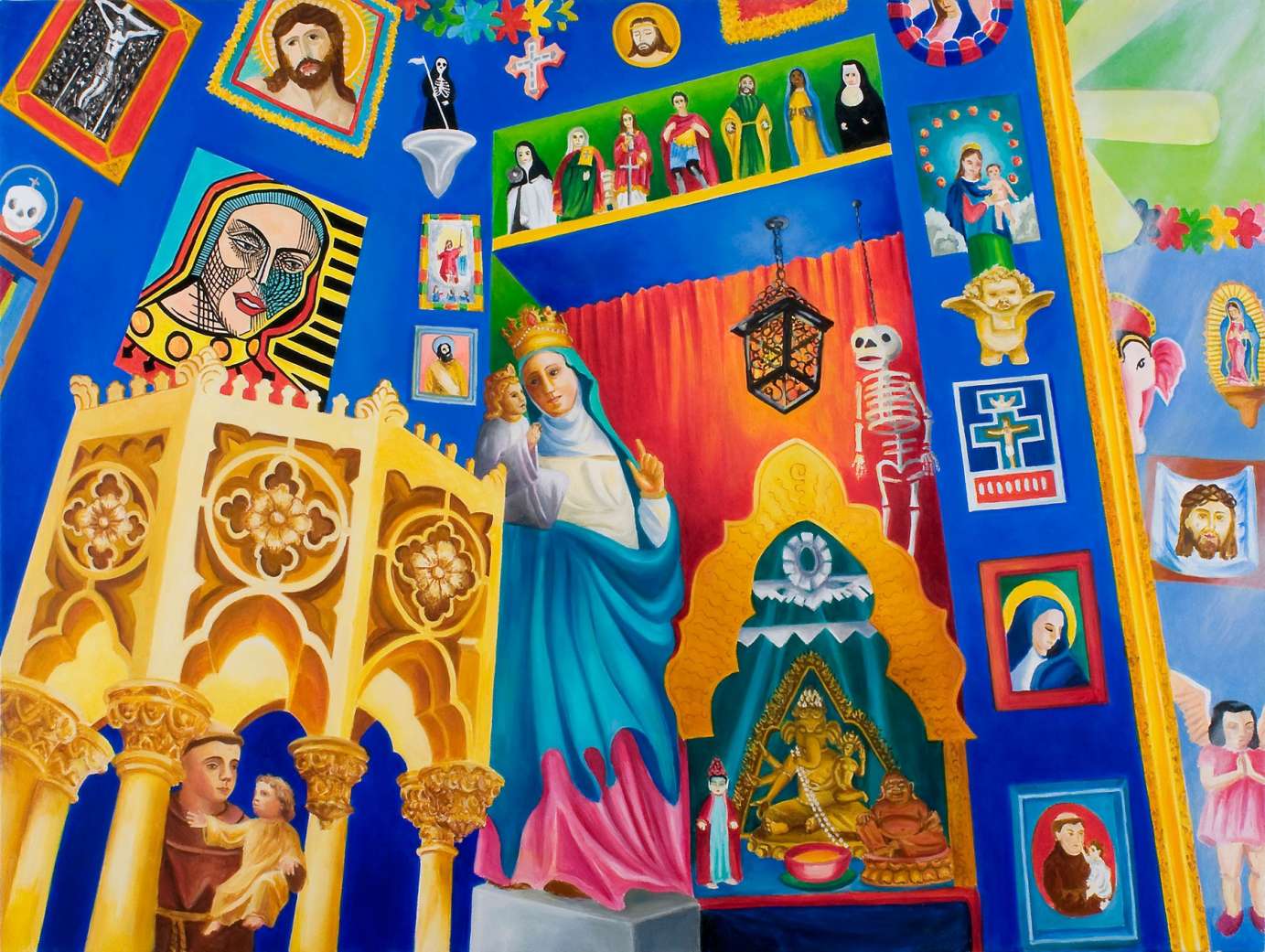 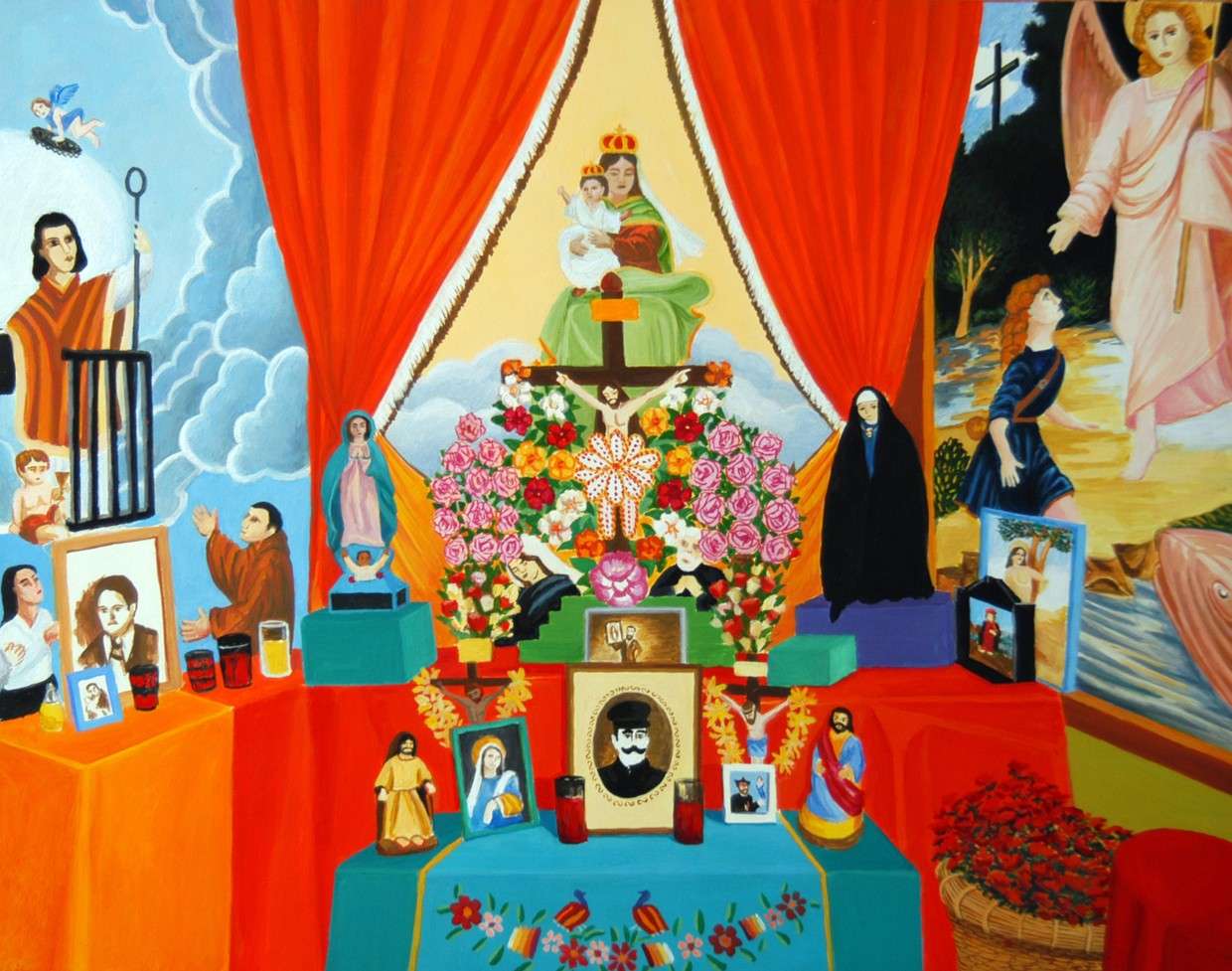