In this series of paintings, I reinterpret 16th and 17th century Italian and Northern Renaissance portraits by omitting the subject’s facial features while working within the outline of the face itself. Instead of facial features, I paint imagery that symbolizes a momentary “mindscape,” which is my interpretation of a moment in the sitter’s emotional state. These “mindscapes” are not meant to lock the sitter into a particular mood or setting. Instead, they are meant to represent a thought, a state of mind or a feeling much like the ones we all experience consciously and subconsciously and an invitation to create one owns associations with the portrait. 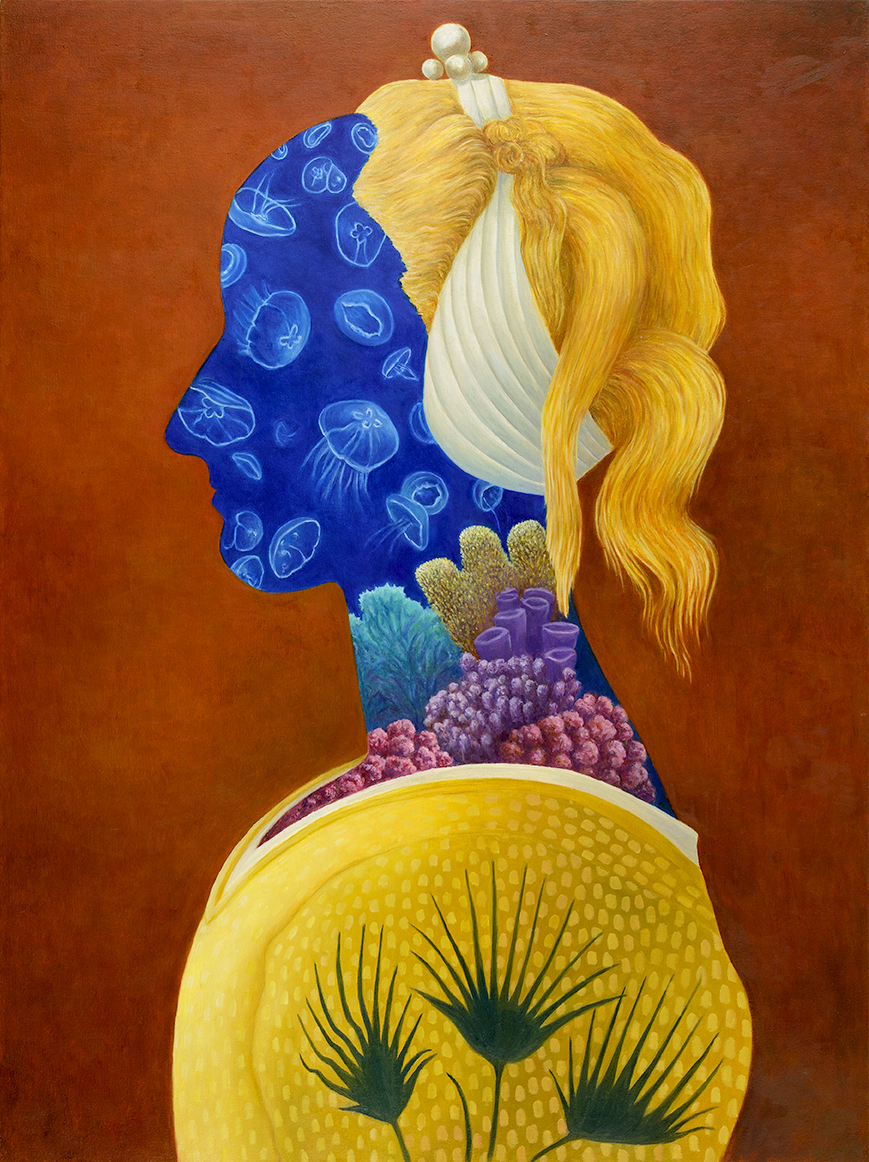 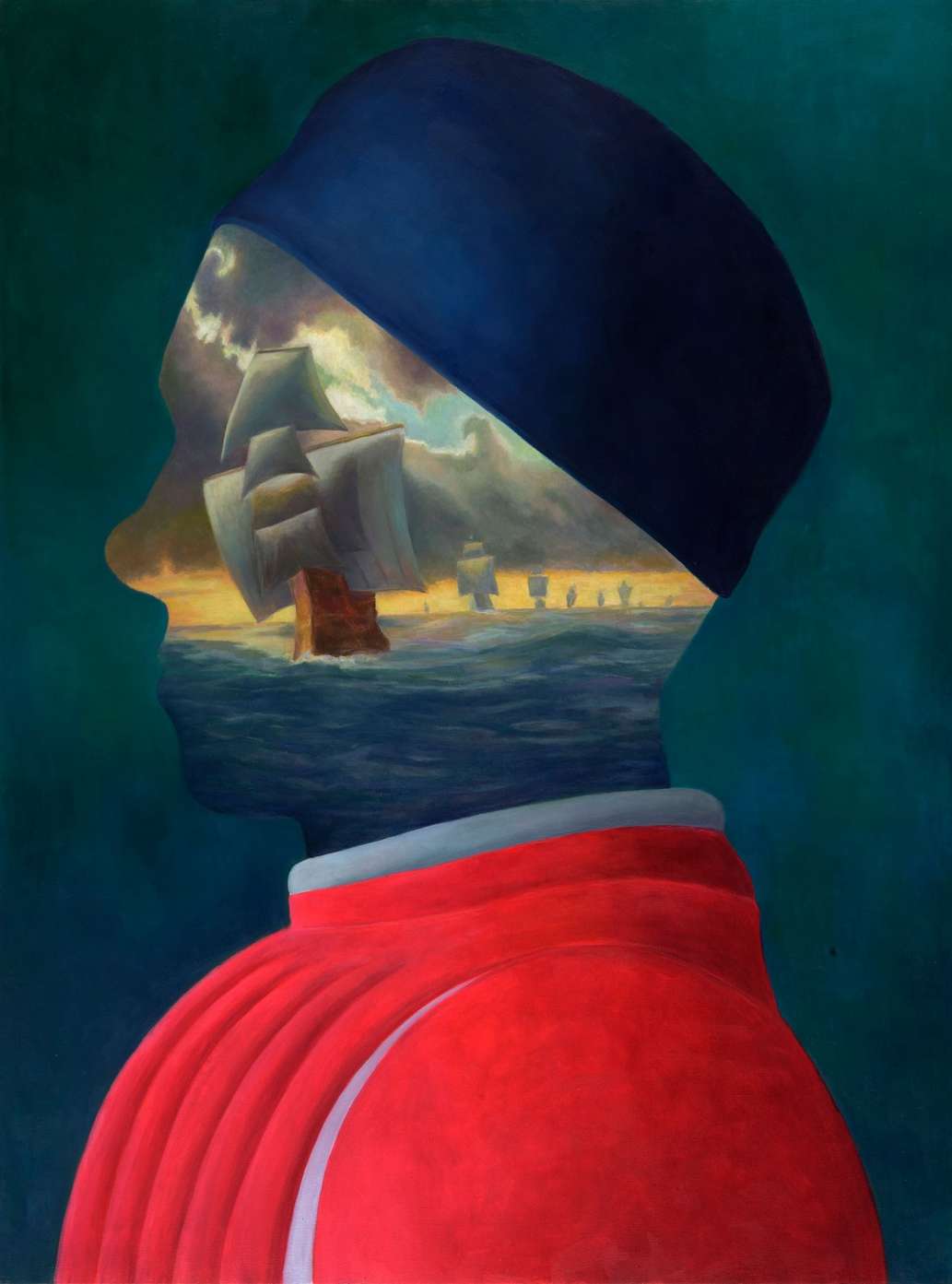 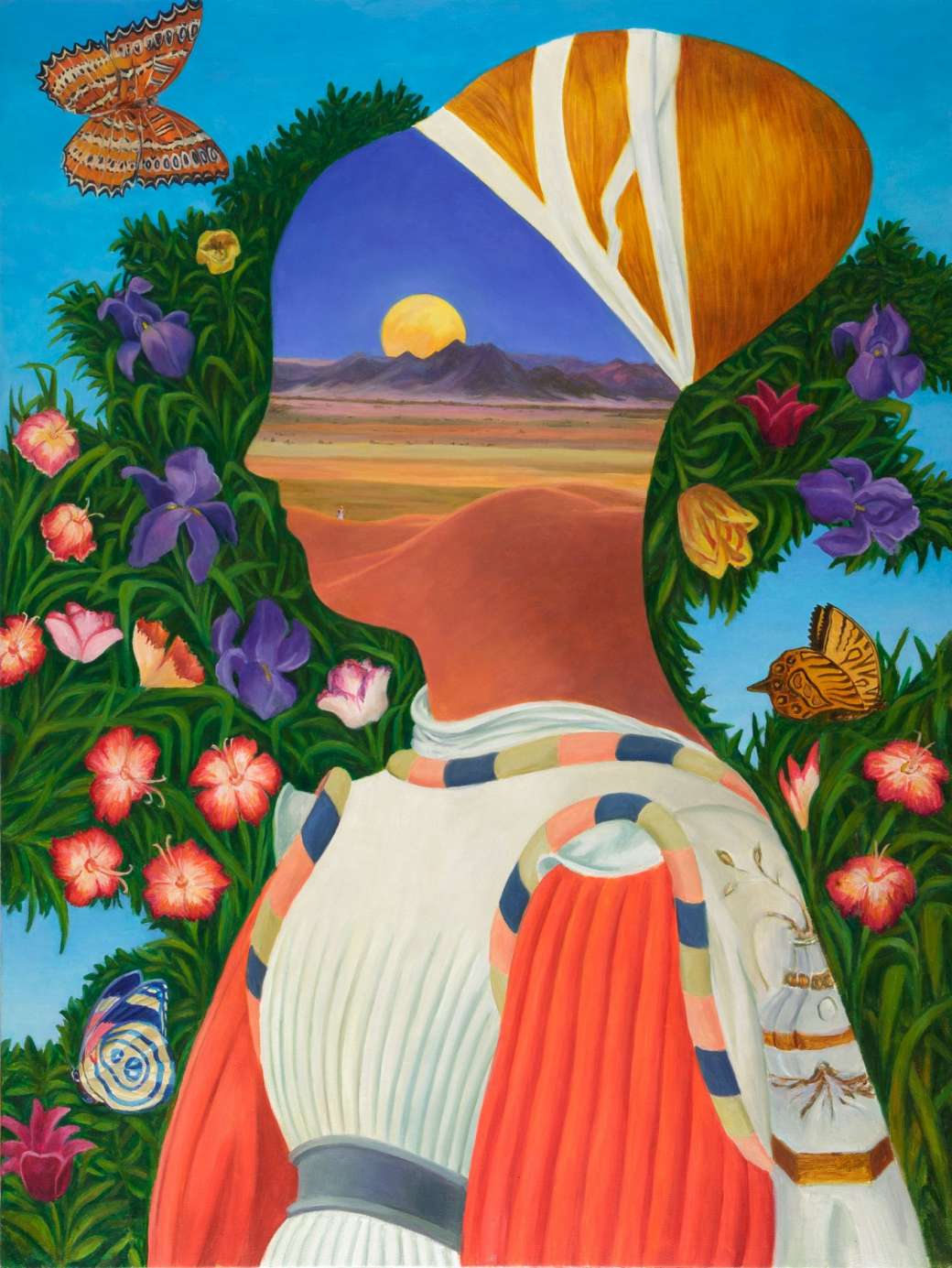 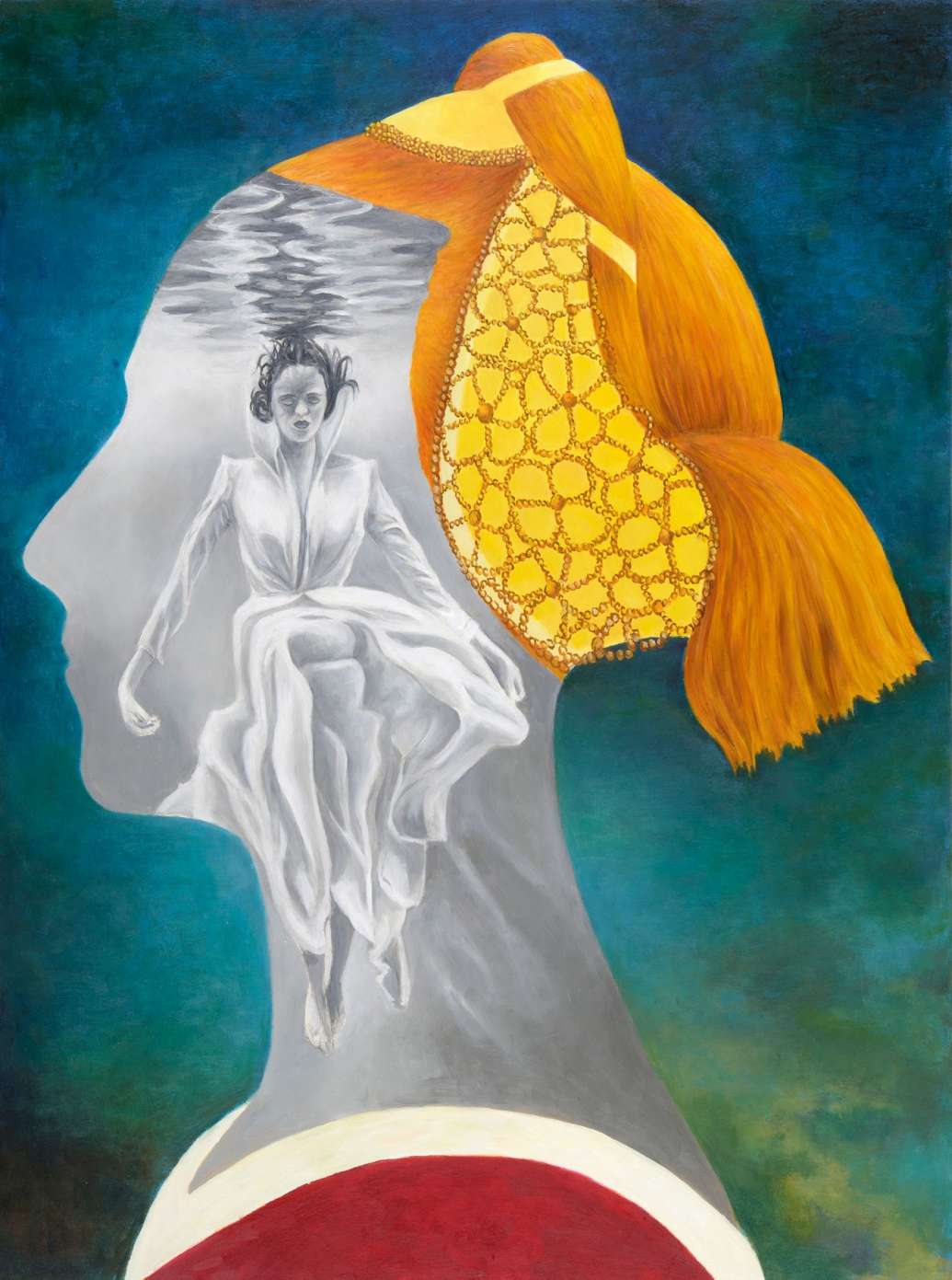 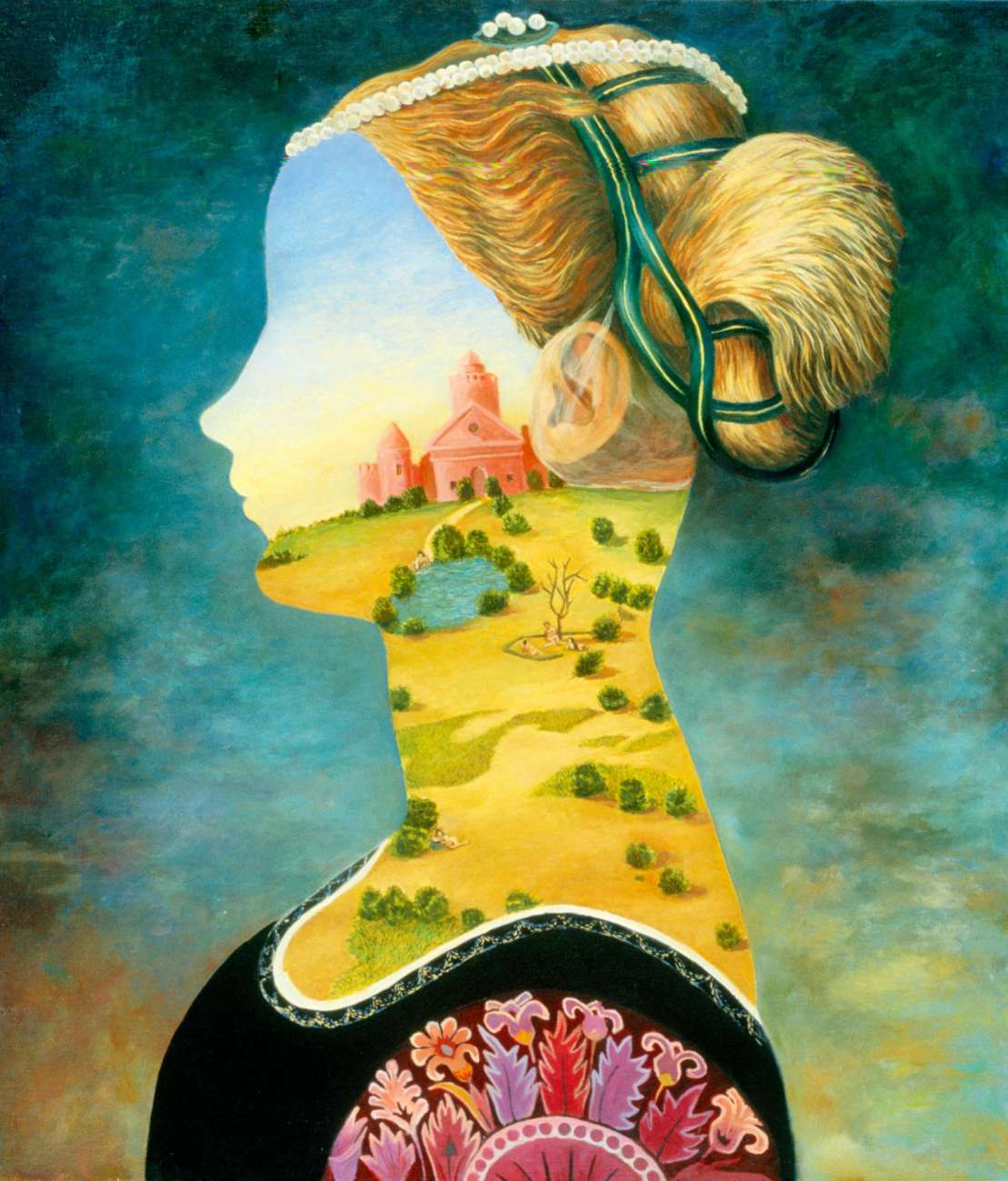 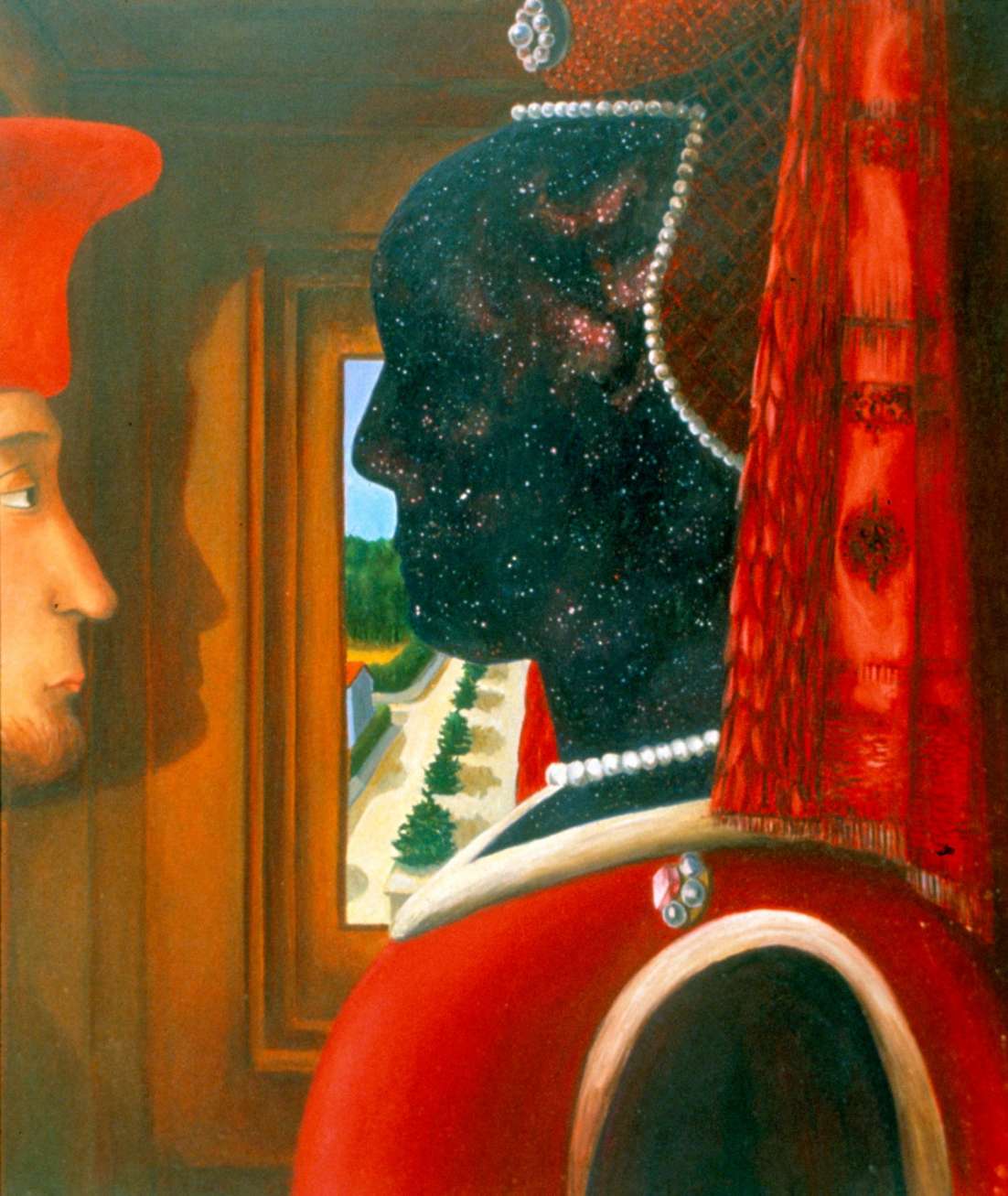 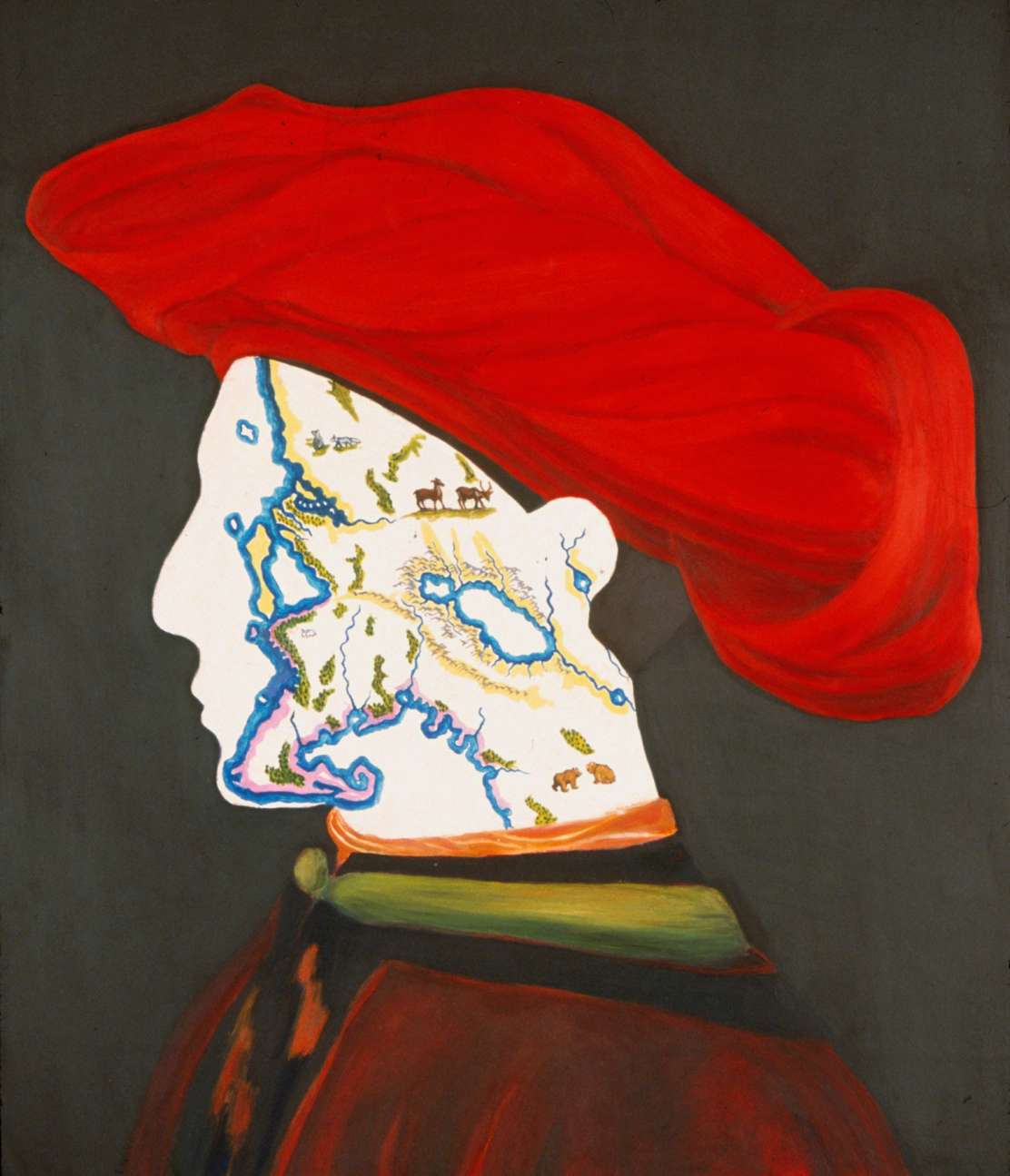 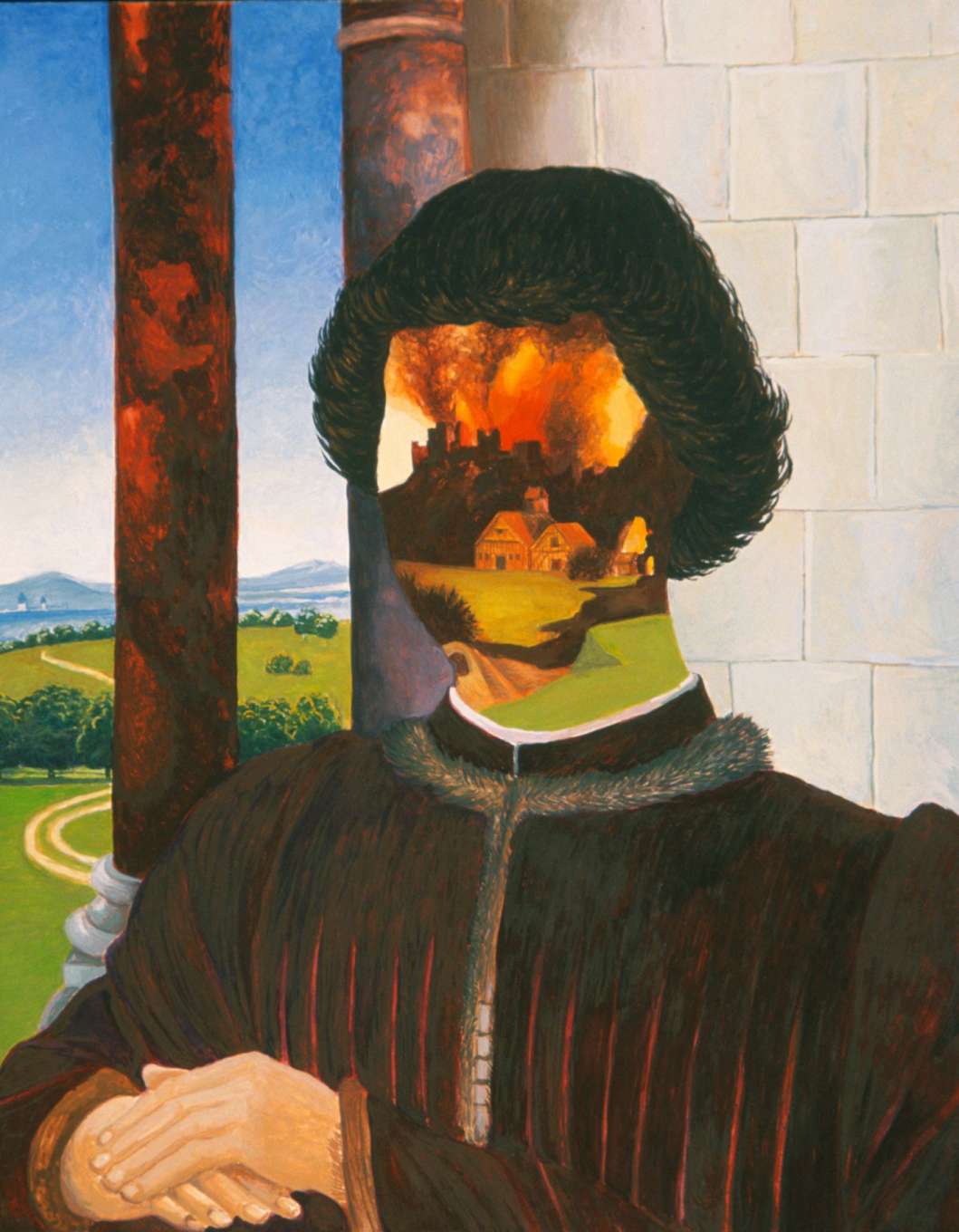 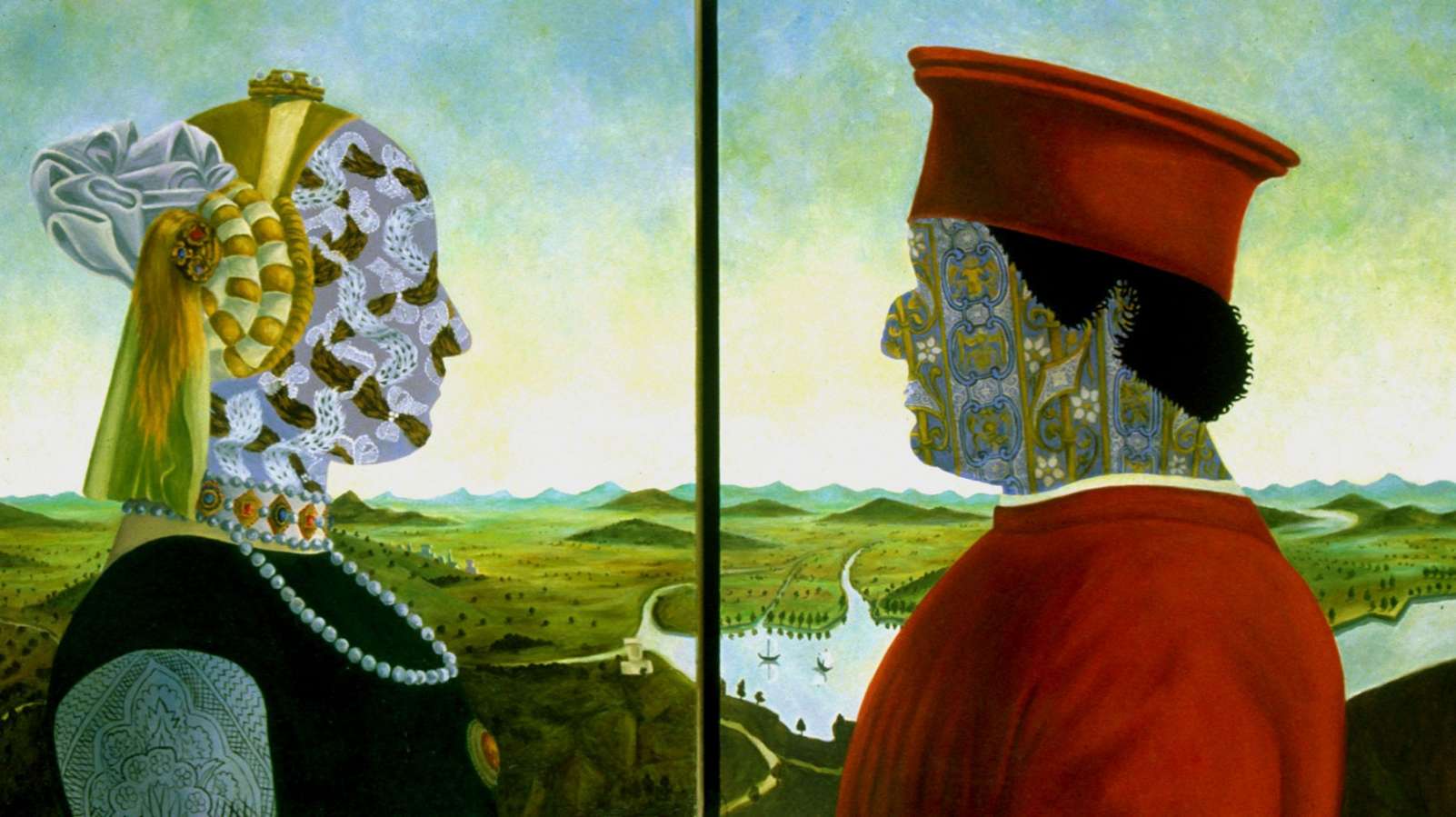 The Duke and Duchess' dreams-detail of diptych- 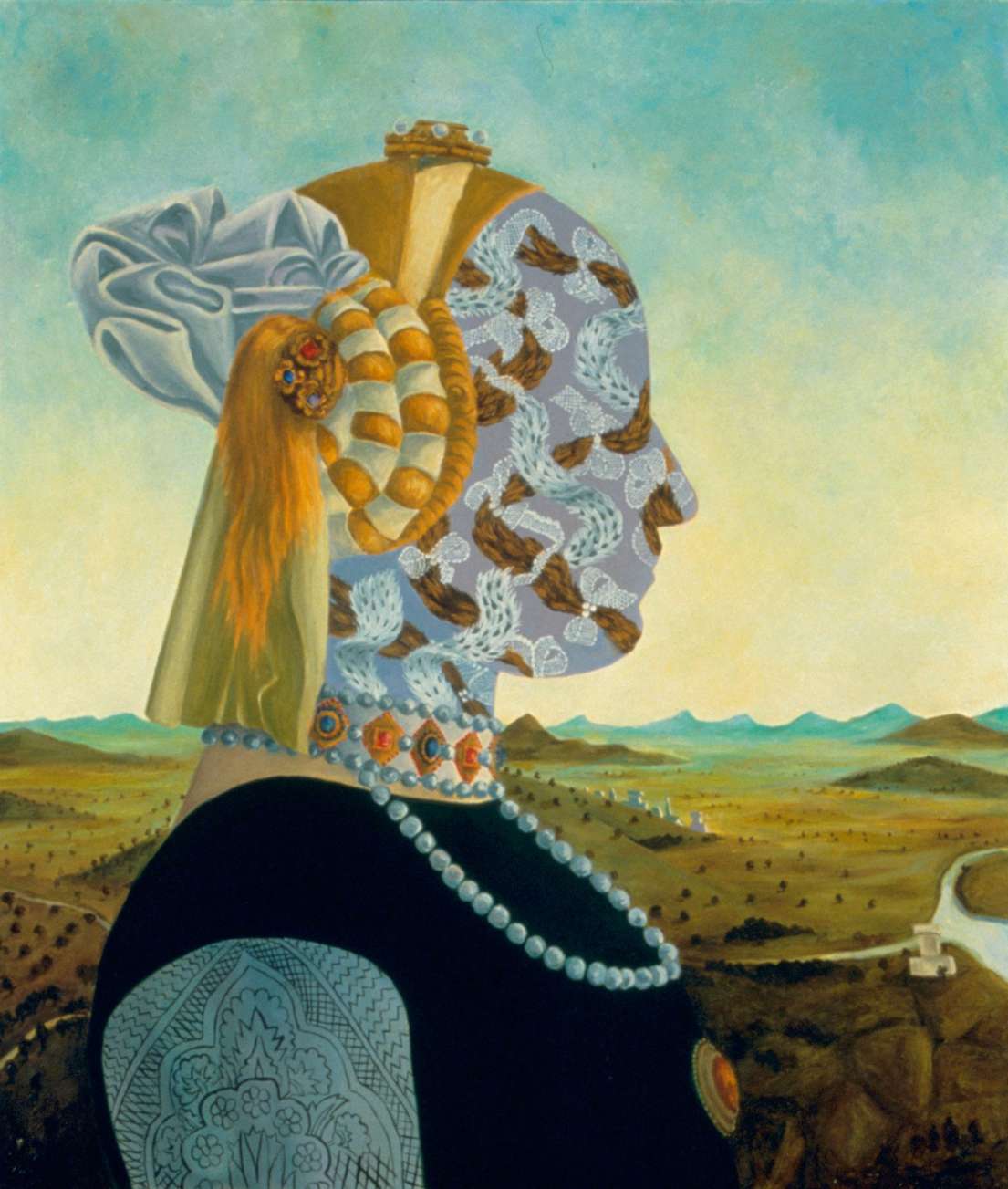 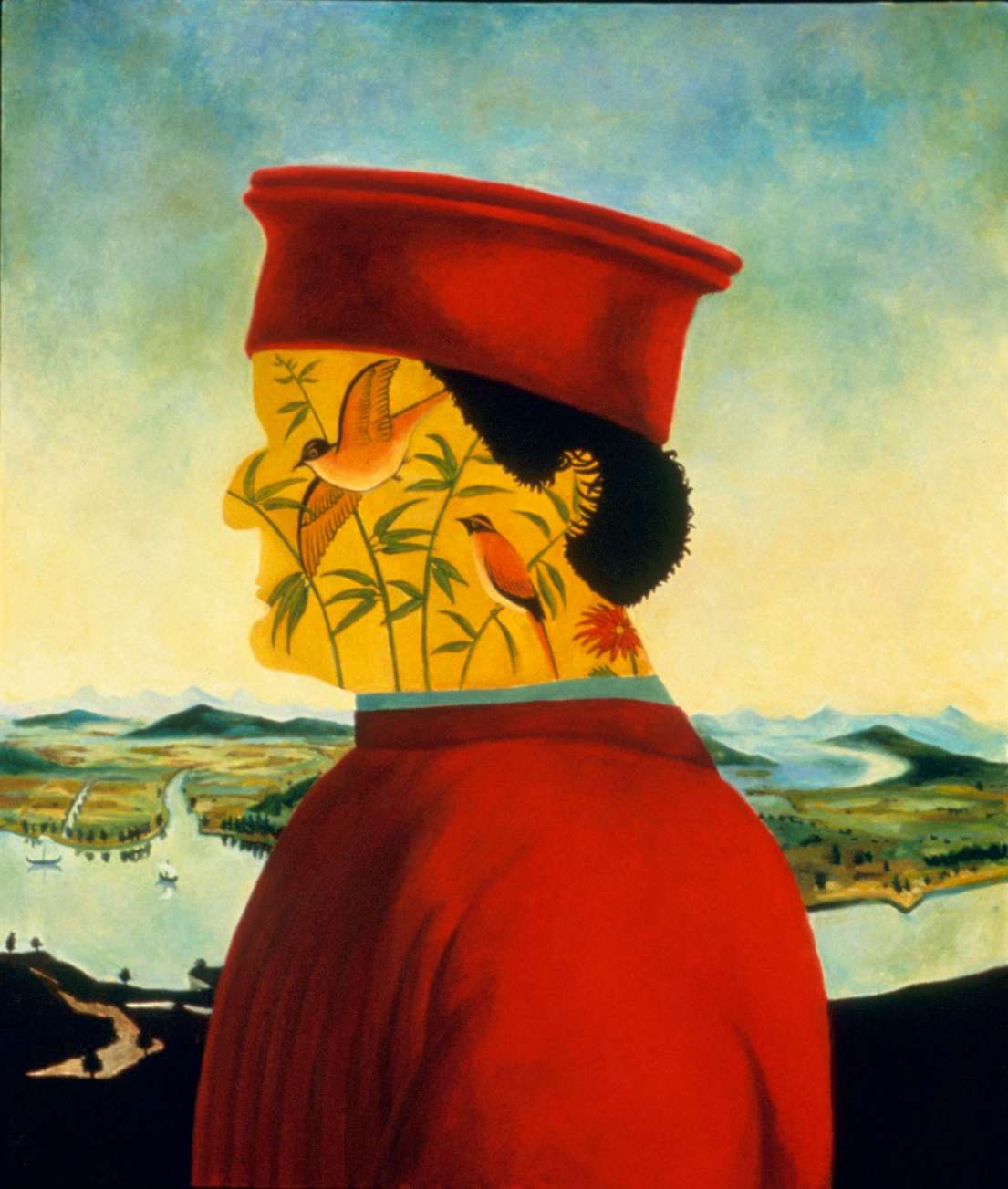